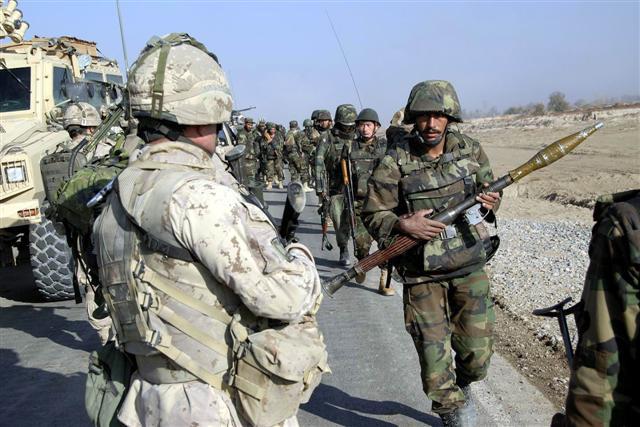 KANDAHAR CITY (PAN on Tuesday, officials from both sides said.

An Afghan National Army (ANA) soldier fired at American troops at the Kandahar Airfield this morning, wounding three of them, a commander of the 20th Atal Corps said.

Gen. Abdur Raziq Sherzai told Pajhwok Afghan News the attacker had been arrested and was being investigated. Belonging to eastern Laghman province, the rogue soldier joined the corps two years ago.

Approached for comments, ISAF said: “We can confirm there was an attack in southern Afghanistan today. Currently, Afghan forces are in the lead in securing the scene time. ISAF forces are ready to support, if requested.”

Elsewhere in the restive south, two NATO-led service members were wounded during a clash with the insurgents in Ghazni province, local authorities said. Four fighters were killed in the firefight.