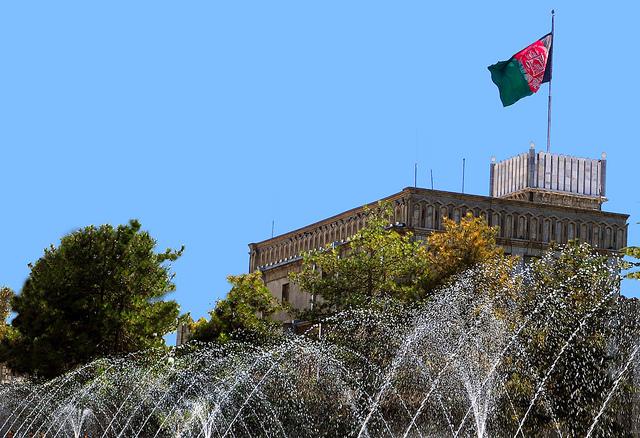 KABUL): President Hamid Karzai is not backing any particular candidate for the April 5 presidential election, his spokesman said on Thursday, rejecting some media reports in this regard as baseless.

Aimal Faizi, the presidential spokesman, told Pajhwok Afghan News the president had started consultations and advisory meetings with political and jihadi leaders on the country’s political future, the upcoming elections and other issues of national interest.

He said the meetings would continue, but so far the president had not yet voiced his support for a particular candidate in the presidential poll or encouraged someone in this connection, calling foreign and local media reports in this regard as entirely baseless.

However, a source privy to a consultative meeting at the Presidential Palace last night, told Pajhwok Afghan News on condition of anonymity that the candidacy of Foreign Minister Zalmai Rassoul was discussed at the meeting.

Karzai named his choice during a meeting with political party leaders, including opposition, and former jihadi leaders at the Presidential Palace last week, he said.

Sayyaf, the Dawat-i-Islami party chief, Mohammad Qasim Fahim, first vice-president, Atta Mohammad Noor, the governor of Balkh, and Ismail Khan, the water and energy minister, were present at the meeting chaired by Karzai.

The president urged the meeting participants to extend their support for Sayyaf, all, but Noor, endorsed the call, he said.

Mohammad Daud Kalkani, a leader of the Sayyaf party, also confirmed the meeting, but denied Sayyaf had been discussed.

He said Sayyaf only talked about a grand meeting his party planned to organise in Kabul on how to forge a national consensus ahead of the elections.

Sayyaf will present his plan at the two-week long gathering aimed at achieving a national consensus on the elections, the lawmaker from Kabul told Pajhwok Afghan News.

President Karzai and all political parties, including the National Coalition of Afghanistan, and influential figures from across the country had been invited to attend the meeting, he said.

All those invited had accepted the invitation and the decision to hold the gathering was final, he said.

A month back, several political leaders, who met at the residence of Qasim Fahim in Kabul, announced the candidacy of Sayyaf in the presidential fray.