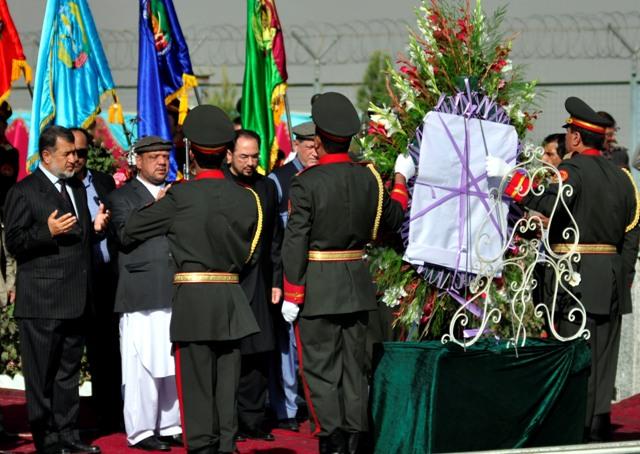 Assassinated by a Taliban bomber at his residence in the diplomatic district of Wazir Akbar Khan two years ago, Rabbani’s death anniversary is being marked today.

Other high-ranking government officials, opposition figures, parliamentarians and PHC members were also present on the occasion. The national anthem was played and security forces presented a guard of honour to pay tribute to the assassinated leader.

Following Rabbani’s assassination, the Karzai administration alleged the suicide bombing had been planned in Pakistan and asked the neighbouring country to cooperate with an investigation into the attack. But despite its promise, Islamabad is yet to take any concrete measure in this regard.

As part of commemorating Rabbani’s second death anniversary, the government announced observance of a peace and national unity week. One of the main events marking the anniversary will be held in the Loya Jirga Tent in Kabul.