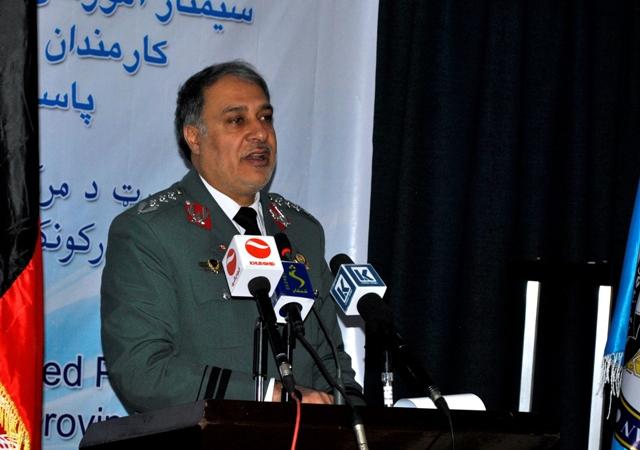 KABUL (Pajhwok): So far more than 25,000 electronic passports have been issued and the process would be extended nationwide in the near future, an official said on Wednesday.

Authorities initially started issuing electronic passports to residents, government officials and traders in Kabul and some other provinces in October 2012.

Col. Syed Omer Saboor, the passport department head, said 25,000 biometric passports had been issued to individuals in Kabul and other provinces.

He was addressing a training session on computerized passport system involving employees of the Central Directorate of Passport and provincial passport departments in Kabul.

He said the issuance of electronic passports would be launched across the country soon, a project to be implemented by the International Organization for Migration (IOM).

Calling the e-passports, each costing 5,000 afghanis, as important official documents for citizens, Saboor said hand-written passports issued in the past had not been useful in preventing corruption and fraud.

He said the new passport would help holders prevent corruption and find access to many facilities.