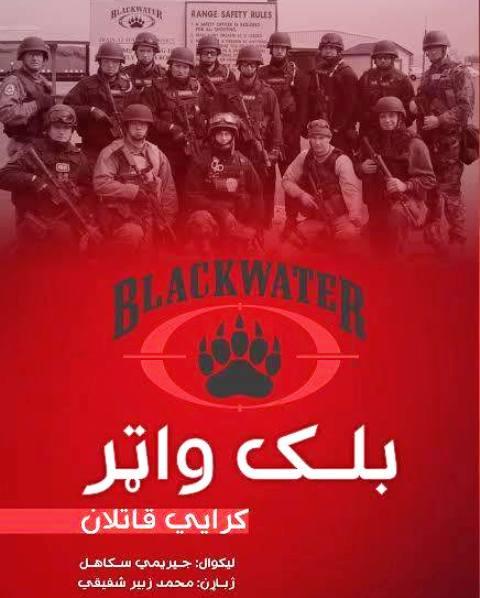 KABUL’s Powerful Mercenary Army” authored by independent journalist Jeremy Scahill has been printed and its copies have hit the stalls in Kabul.

The book that details the rise of Blackwater USA, a private military company and the growth of security contracting in the Iraq war and the war on terrorism has been translated by renowned Pashtu writer, journalist and translator, Mohammad Zubair Shafiqi and published by Radio Spozhmai.

In the book, Scahill contends that Blackwater exists as a mercenary force, and argues that Blackwater’s rise is a consequence of the demobilisation of the US military following the Cold War and its overextension in Iraq and Afghanistan.

Radio Spozhmai in its description of the book says: “We are proud to be presenting our readers in Pashtu the details about the world’s most powerful army (Blackwater).”

The translator, Mohammad Zubair Shafiqi, said he had translated many books, but he felt proud of translating Scahill’s book. “I consider this book among those having awakened the world and has informed it of bitter realities that exist.”

Writer and journalist Numan Dost said another translator Sadullah Fitrat had attempted the same book’s translation in the past, but failed to complete the task.

He praised Shafiqi for his hard work and also thanked the Radio Spozhmai for publishing the translation. “People should know about political, military and intelligence developments which have effects on their lives.”

Dost said since the Blackwater firm was involved in the Afghan conflict, the translated book would help the people know about its activities.