200 complaints lodged in 48 hours in Kandahar 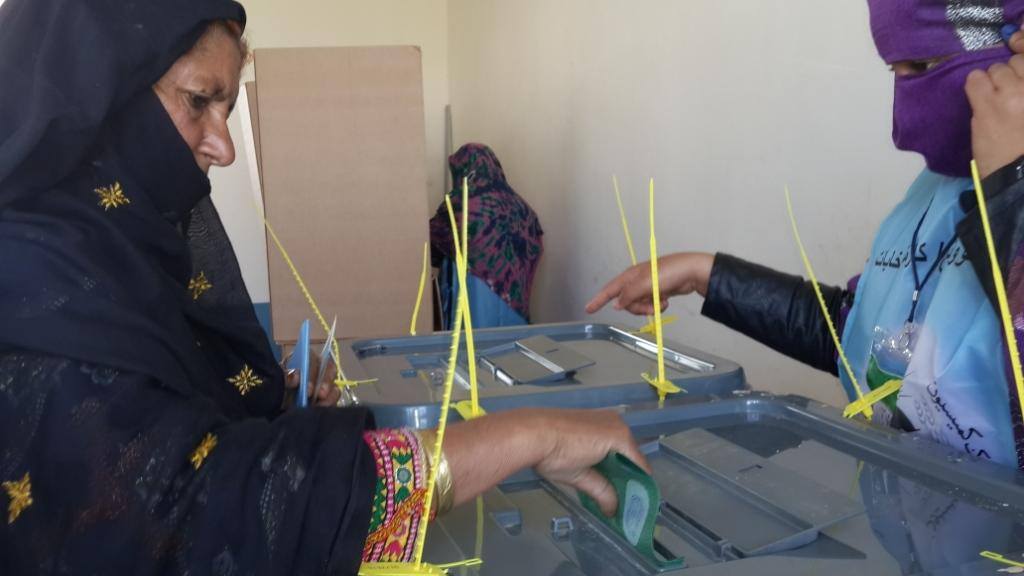 200 complaints lodged in 48 hours in Kandahar

KANDAHAR CITY (PAN): About 200 complaints regarding electoral fraud and other irregularities were registered within 48 hours from the Election Day (last Saturday) in southern Kandahar province, an official said on Thursday.

He said electoral fraud had been claimed in the complaints in favour of presidential candidates Zalmai Rassoul, Ashraf Ghani, Gul Agha Sherzai and others.

He said some of the complaints had been lodged against provincial council candidates by their rivals and others against election staff, observers and security forces.

There were reports that ballot boxes reaching the Independent Election Commission (IEC) office in Kandahar City had been unlocked and stuffed with bogus votes.

But Waziri called the reports as rumours, saying IECC employees were present at the IEC office and no such incident had taken place there. He acknowledged having received telephone calls regarding the issue.

He assured complaints regarding fraud and other anomalies would be thoroughly investigated to clean out the fraudulent votes.

He did not rule out fraud in the elections, but said it had not been on the scale at witnessed in the previous elections.

Like other provinces, the issue of fraud and other irregularities is being echoed in Kandahar amid official assurances the complaints will be investigated and fraudulent votes thrown out.

Saturday’s elections were also marred by the appointment of unskilled electoral staff, a shortage of ballot papers and other shortcomings.