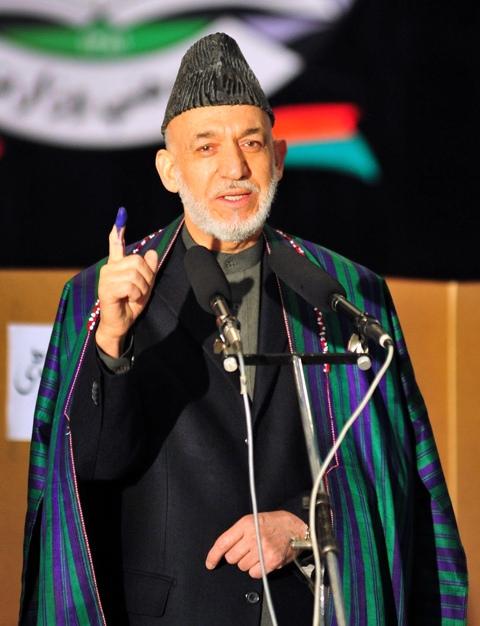 KABUL (Pajhwok): President Hamid Karzai on Friday welcomed the final results of the April 5 presidential elections, which were announced a day earlier.

The first round threw up no outright winner, because both top vote-winners Dr. Abdullah Abdullah and Dr. Ashraf Ghani Ahmadzai failed to achieve the 50+1 percent of votes.

As a consequence, the election went to the second round, slated for mid-June. The hotly-contested ballot represented strengthening of democracy in the country, Karzai said.

In a statement, the president urged all countrymen to stream to polling stations and exercise their right to vote in the runoff as enthusiastically as they did in the first round.

He called people’s active participation in the elections the biggest guarantee of stability and continuity of democracy in the country.

Karzai once again directed military and civilian officials to demonstrate complete neutrality in the process and avoid the use of state resources for or against any candidate.