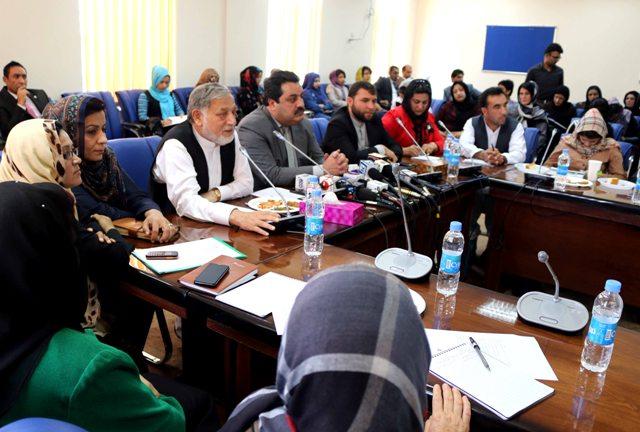 KABUL) on Tuesday warned if the government failed to fire the officials allegedly involved in fraud and rigging, the panel would have to make public their names.

A list containing names and designations of such officials had been sent to the government, with a strong call for their immediate removal from their posts, he added. If the president did not take action, he reserved the right to reveal their names, Nuristani argued.

He acknowledged shortcomings during the April 5 vote but said all preparations had been finalised for holding the June 14 runoff election in a free and fair manner.

IEC Secretary Ziaul Haq Amarkhel said his department was committed to preventing a recurrence of the problems seen in the first round.

Women, he said, could play a highly significant role in electing a new president. Despite multiple challenges during the first round, 36 percent of them voted.

“This commission is ready to provide all available facilities to women they need. Services of women staff will be hired at polling sites for females,” he concluded.