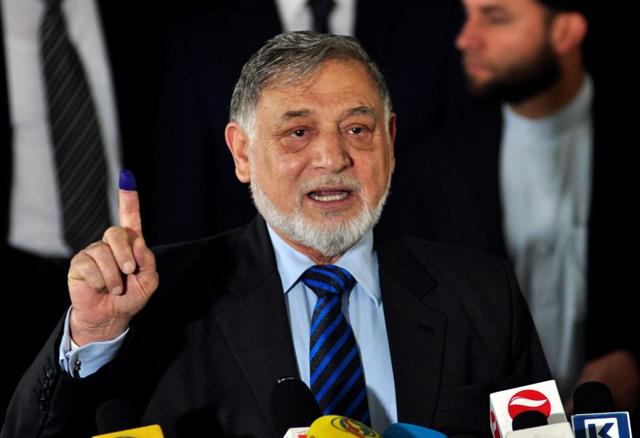 KABUL) chairman, on Saturday asked all eligible voters to stream to polling stations and cast ballots, defying threats of violence.

Nuristani exercised his voting right as the process formally got under way at 7:00am. Speaking to reporters, he asked the people to participate in the democratic exercise and demonstrate the level of enthusiasm they did in the first round.

“My message to all eligible voters is: cast your votes and challenge the enemies of Afghanistan this way,” he said, praising the security forces for the tight measures throughout the country.

He said a total of 6,365 polling centres, with 23,000 polling stations were opened today in the country and the IEC had transferred enough ballot papers to facilitate all eligible voters.

Keeping in view the experience of the April 5 ballot, this time the process would be more transparent. If any IEC official or staff found involved in election affairs in favour of any candidate then tough action would be taken against him, he warned.

Dr. Abdullah Abdullah and Dr. Ashraf Ghani were the leading candidates contested in the second round of elections. The final result of the election is set to be announced on July 22.