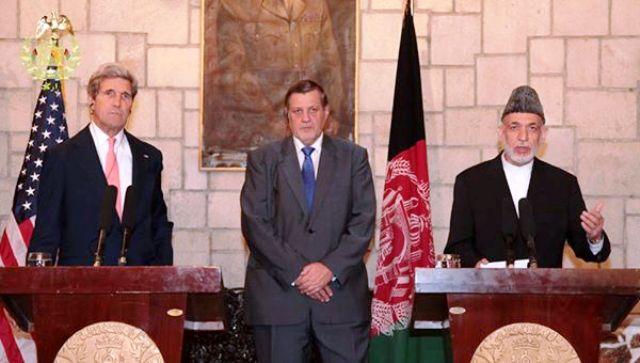 KABUL (Pajhwok): President Hamid Karzai accepted on Saturday night a joint demand of the two presidential candidates for postponing the inauguration of the new head of state.

Following a US-brokered deal on auditing all the votes cast in the June 14 runoff election, the runners proposed that the inaugural ceremony be delayed until the investigation was completed.

Speaking at a joint news conference with US Secretary of State John Kerry and UNAMA head Jan Kubis, the president agreed to put off the inauguration that was originally scheduled for August 2.

He profusely praised efforts of Kerry, Kubis and his vice presidents for breaking the impasse which resulted from allegations of widespread fraud in the election.