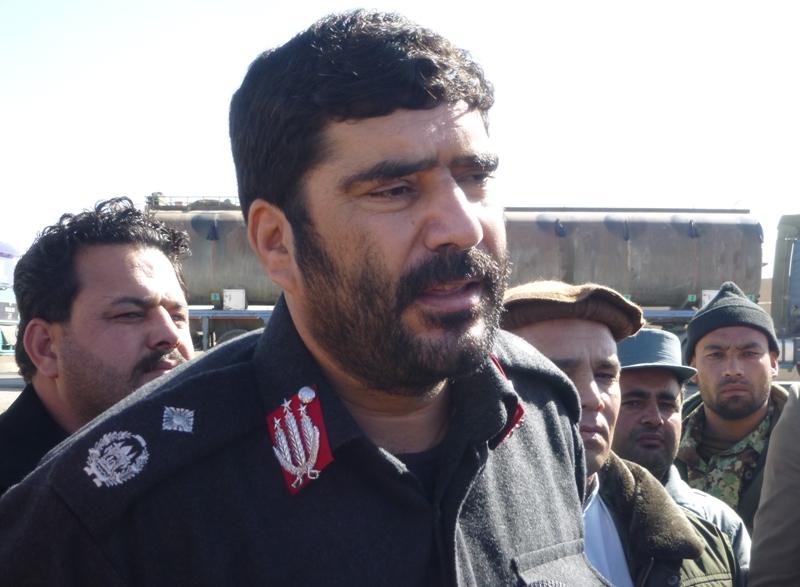 GHAZNI CITY (Pajhwok): The police chief has ruled out the presence of fighters aligned with the Islamic State (IS) group in southern Ghazni province.

Talking to reporters in the Andar district on Wednesday, Brig. Gen. Zarawar Zahid said a number of insurgents detained during an ongoing operation included Pakistanis, Arabs and other foreigners.

Launched on Saturday, the offensive is spearheaded by the Afghan National Army (ANA) personnel, with police assisting the troops in some areas.

Officials say so far 30 militants have been killed and several others wounded. The forces have so far seized a huge quantity of weapons and detected landmines during the operation.

The police chief said the ongoing year would prove deadliest for the insurgents and security officials would show no mercy to them whether carrying black or white flags.

Zahid and leaders of an uprising called both the Taliban and IS militants as “servants of foreigners” and vowed to fight them in the defence of the people.

“Dayesh (a loose Arabic acronym for IS) should not take Afghanistan as Iraq or Syria; they will meet a decisive defeat here. But we have seen no IS-linked militants in Ghazni.”

Roohullah, an Andar resident, said Taliban militants freely moved in the area, but they had not seen IS militants.

“Taliban come to our village, they eat food in homes and sometimes attack security posts before leaving,” the resident said.

Bacha, one of the uprising leaders in Zarin area of Andar district, said they had waged a war against the guerrillas and would fight against any new group if emerged.

“Whether they are Taliban or IS, all are the enemies of this soil and we will resist them until the last breath,” the militia leader said, vowing revenge on the Taliban for killing their nearly a dozen colleagues.

Some days back, the Taliban had killed 11 uprising members and injured half a dozen more during an attack that also left seven insurgents dead.

A resident of Andar, Khan Mohammad, said the current security situation in the area was satisfactory and people were fully cooperating with security forces.

Earlier, the acting governor and some lawmakers from Ghazni had claimed the emergence of IS militants in the province.