Mother of 2, a war victim speaks of life miseries 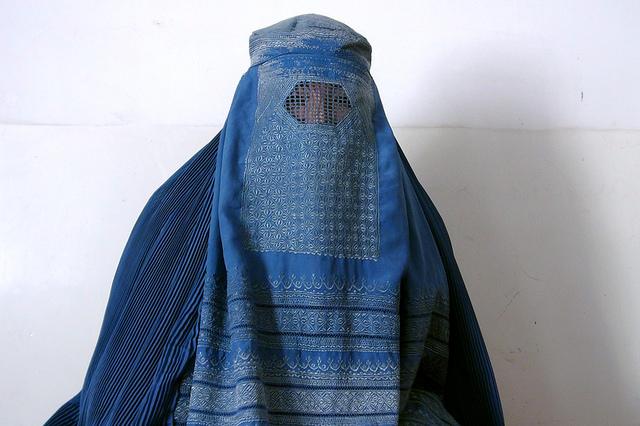 Mother of 2, a war victim speaks of life miseries

SHIBERGHAN (Pajhwok): Shugofa, one of the war victims, is living in a stable. She says has no option but to beg for alms and complains some men sometimes make illegal demands on her, which makes her life more miserable.

The 36-year-old is originally from Sheram locality on the outskirts of Sar-i-Pul City, the capital of northern Sar-i-Pul province. She traveled to Jawzjan after insurgents gunned down her husband over his alleged role in spying for government.

Shugofa has been living in a stable under terrible conditions without basic household items to use. She has put together old pieces of carpet on the flour and has somehow improved her living place, but still smell of animals continues to irritate her.

She has covered the windows with an old blanket and uses gas stove to heat up the room in this cold season. She pays 700 afghanis per month in rent to the stable’s owner.

Wiping away tears from her eyes, the woman told Pajhwok Afghan News she was begging in order to feed her two children and complained some people made illegal demands on her against money, something bothered her the most.

She said people used abusive language when she sought their help. Shugofa had tried to kill her children and commit suicide, but neighbours intervened.

Her two each 10 and 12 years old children were sitting at her sides as she said their entire efforts evolved around finding food.In a shaky voice, she said one of her sons polished people’s shoes and the other sold plastic tools in the market.

Younus, 12, said he had studied up to 4th class in Sar-i-Pul and left the area due to fighting and insecurity. Younus has no option but to work as a child labourer to support his mother because there is no elder in the family to support them.

He carries his wooden box and roams around the city, asking people if they want to polish their shoes so he can charge 10 or 20 afghanis.

Shugofa said she and her children earned 80 to 100 afghanis per day and it was nothing but a hand to mouth existence. She said her husband was killed in Sheram locality of Sari-i-Pul, a place which had been under the Taliban and other militants and most of the victims there were innocent civilians.

The Taliban took away Shugofa’s husband with them from their home in Sheram. According to her, it was summer when Taliban knocked at their door and took away her husband.  She asked local officials and residents to search for her husband before his body was found after one week.

She claimed the Taliban had tried to tie her knot with one of their fighters but local elders asked the Taliban not to further harass the widow.

Then she traveled to Shiberghan to rescue herself from the Taliban, but she still fears the militants may find her one day.

Shugofa said she inherited property from her husband but could not dare to go to the area where Taliban are looking for her.