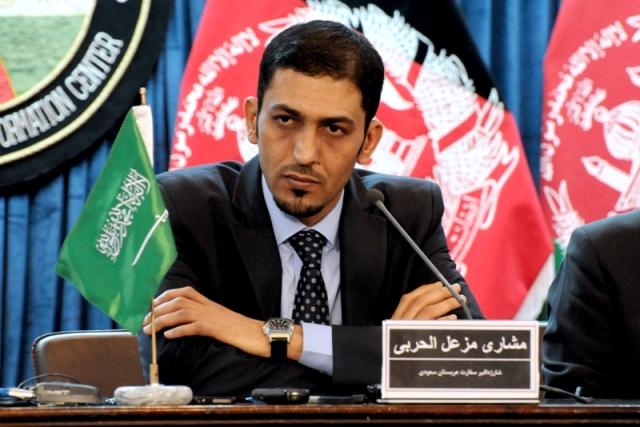 KABUL (Pajhwok): A Saudi diplomat in Kabul on Monday accused Qatar of supporting Afghan Taliban and parenting other terrorist groups, dragging the war-torn country into the Gulf crisis.

Charge de affairs at the Saudi Embassy in Kabul, Mishari Al-Harbi, told reporters in Kabul that Qatar had been supporting some terrorist organizations, including the Afghan Taliban.

“Saudi Arabia and some other Gulf states have adopted anti-terrorism stance to make sure its people’s safety and security,” Al-Harbi said, as he handed over dates in aid to the Afghan Red Crescent Society (RCS).

To a question posed by a Pajhwok reporter, Al-Harbi claimed Saudi Arabia had evidence about Qatar’s support to Afghan Taliban and other terrorist groups.

The Saudi envoy strongly opposed the Taliban office in Qatar and said it was a source though which the Taliban established contacts with external elements and received assistance.

He said Saudi Arabia had suffered a lot at the hands of Al Qaeda and Daesh and thus they decided to launch a strong campaign against the terrorist groups.

Earlier, Al-Harbi told the BBC that the Taliban political office in Qatar was working beyond its political parameters.

He added Saudi viewed the Taliban as armed opponent of the Afghan government and it was the kingdom’s official stance.

In response to fresh comments by the Saudi diplomat, the Taliban in a statement said their regime had cordial ties with Saudi Arabia and the kingdom was one of the countries that recognized the Taliban government. 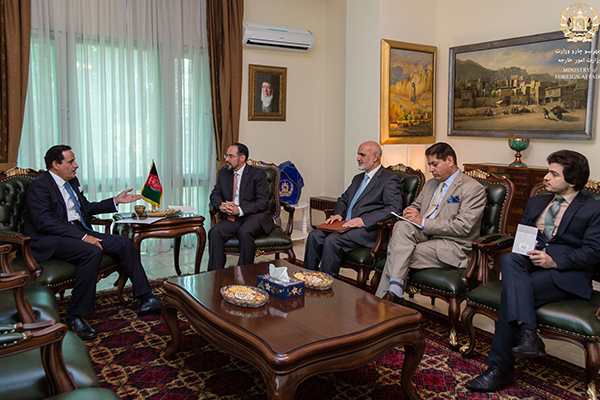 The Taliban statement added: “We expect the KSA to play an effective role in resolving the Afghanistan conflict in this critical juncture of history.”

However, the sources said the Afghan government demanded closure of the Taliban office in Doha and prevention of their activities and financial resources. The Afghan government also demanded a halt to Pugwash conferences in return for Afghanistan support in the ongoing Arab conflict.

But the Afghan foreign ministry said it was unaware of the claims and that a formal statement had been released after the meeting between Rabbani and the Qatari envoy Saqqar Bin Al Mubarak Almansouri. 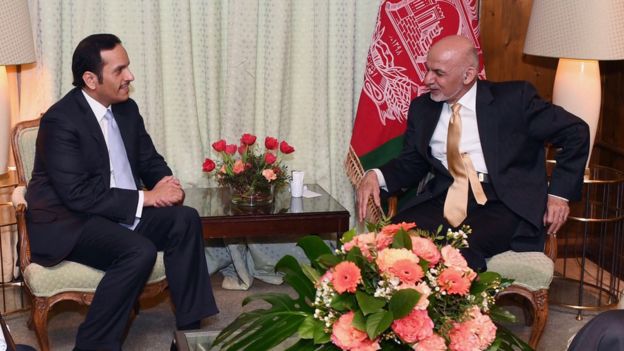 In the statement, Rabbani praised Doha’s cooperation and its role in reconstruction of Afghanistan during the last 16 years.

The two sides reviewed ongoing problems and challenges in the Muslim World and ways to effectively combat against terrorism in the region as well as expanding trade and economic cooperation between the two countries.

The Qatari envoy extended sympathy and condolence to Rabbani over recent terror attacks in Kabul on behalf of the government and the people of Qatar.

Rabbani reiterated that Kabul supported all efforts and endeavors that could bring about peace and stability to Afghanistan, the gulf region and in whole of the Muslim World.