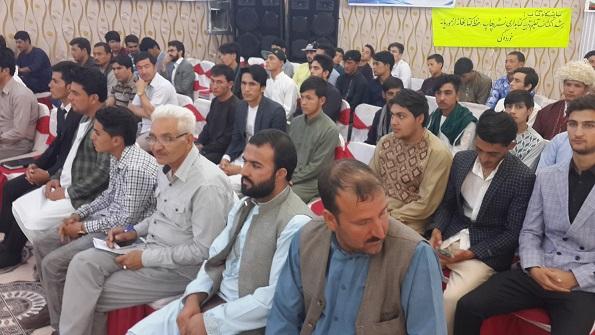 SHIBERGHAN (Pajhwok): The youth in northern Jawzjan province are swelling militant ranks due to poverty and unemployment, activists and residents say.

Amir Mohammad Taswir Habibi, a civil society activist, in Shiberghan, the provincial capital, said: “Some students after graduating from Sharia and Law faculties remain unemployed for years and during that period, negative thoughts come to their minds.”

“When a young man faces economic issues and is jobless, he starts thinking about joining the insurgents to earn money and support his family,” he added.

A 20-year-old resident of Darz Ab district, Abdul Raziq, said Daesh and Taliban militants used to search for unemployed young men in the district to recruit them.

He added militants mainly looked for teenage boys because their brains could be easily washed.

Teenage boys ‘traditionally’ worked to earn money and support their families in the district, he said, citing abject poverty behind the youth’s joining of the Afghan army, militants or migration.

Youth Affairs Director Mohammad Faizi also said unemployment was a huge challenge while most of the government posts were given to individuals against political connections and references.

He added mass migration of youth put Afghanistan’s future in danger and had a negative impact on military recruitment.

Faizi also said currently no development project was underway in Jawzjan to generate work opportunities for people, asking the government to address the unemployment issue of the youth.

In addition, young girls also complained about unemployment and poverty. Zahra Rashid, a civil society activist, said like boys, girls in Jawzjan were also unable to find jobs. “Girls have extra talent. A huge number of women have become doctors, engineers and politicians.”

She said women as human resources and their thoughts about development should be used and they should be provided opportunities to share their experiences in different fields.

Deputy governor Abdul Rahman Mahmoodi said: “We are aware of the issues our youth are facing. We are trying to provide work opportunities to the youth and will miss no chance in doing so,” he said.

He assured that soon jobs would be created and in this regard multiple options were being explored.

Afghanistan is among the countries where youth make the majority.