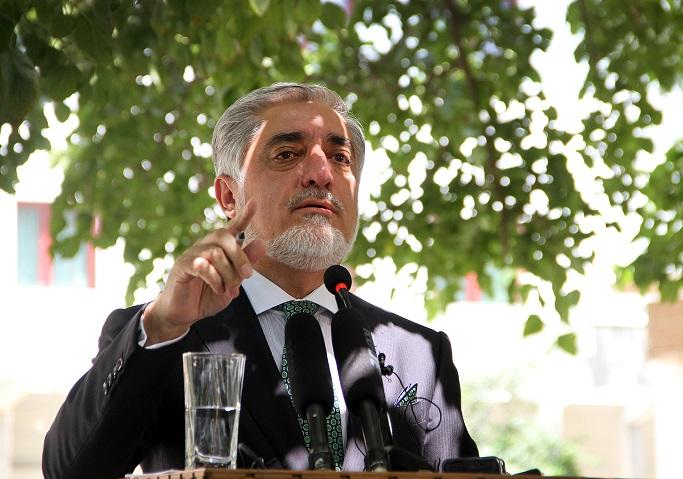 KABUL, Chief Executive Officer Abdullah Abdullah on Tuesday claimed the strategy was concluded after consultations with the unity government.

Addressing a press conference here, Abdullah said the new US strategy would greatly benefit the US, Afghanistan and regional countries.

US Trump on Tuesday announced his months-awaited Afghan military strategy, ruling out a hasty withdrawal from Afghanistan and warning Pakistan  for supporting terrorist groups.

In his prime-time address to the nation on America’s new policy toward South Asia, the president reached out to India for economic development of the country where US forces have been stationed for 16 years.

“A hasty withdrawal would create a vacuum for terrorists, including ISIS and Al Qaida, would instantly fill just as happened before September 11,” said the president.

In Afghanistan and Pakistan, he said America’s interests were clear. The safe havens that enabled terrorists to threaten America must be shut down, he stressed.

In his reaction, the CEO told reporters that the viewpoints of the government of Afghanistan had been highlighted in the new strategy.

The strategy, he said, was completed after lengthy discussions in Washington and Kabul and the US president after overall observations made his decision.

He termed the US strategy as beneficial for Afghanistan and said the new window of opportunity should be used to strengthen good governance, armed forces, the system and democratic institutions in the country.

The CEO hoped implementation of the new American strategy would bring positive changes to the country’s security and economic situation and Afghanistan relations with other countries.

He asked political elites of the country to join hands for the development and prosperity of Afghanistan and put aside their political differences.

Abdullah said regional dimensions had been addressed in the new US strategy and it would benefit regional countries as well.