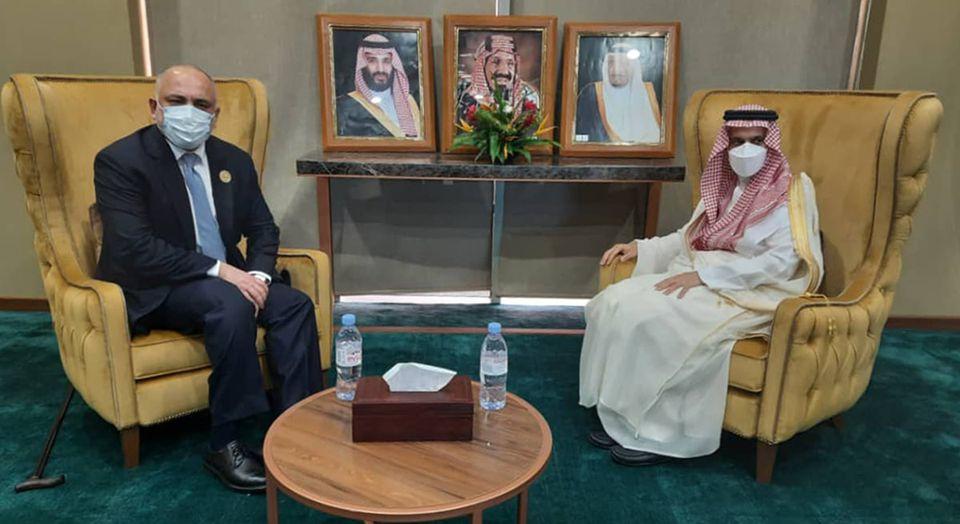 KABUL (Pajhwok): Foreign Minister Mohammad Haneef Atmar has held a meeting with his Saudi Counterpart Prince Faisal Bin-e- Farhan Al Saud on the sidelines of the 47th Conference of Foreign Ministers of the Organization of Islamic Cooperation (OIC) in Niger’s capital city, Niamey.

Minister Atmar spoke with Prince Faisal about the importance of the role of Saudi scholars in securing peace and ending the war in Afghanistan, highlighting the role that the Islamic scholars play in securing world and Afghan peace.

While congratulating the successful of the Afghanistan Conference in Geneva, the Saudi Foreign Minister called Saudi Arabia a supporter and fundamental partner of peace in Afghanistan.

Speaking about the importance of the regional consensus on peace in Afghanistan, Prince Faisal assured Minister Atmar that his country would not refrain from any cooperation for the success of the Afghan peace process.

Prince Faisal invited the Afghan Minister of Foreign Affairs to visit Saudi Arabia and talk about the expansion of bilateral cooperation and the peace process in Afghanistan with prominent members of the Saudi government.

Thanking the Saudi government for its continued support to the government and the Afghan peace process, Atmar accepted Prince Faisal’s invitation and pledged to visit Saudi Arabia in the near future, given the prevalence of the coronavirus.