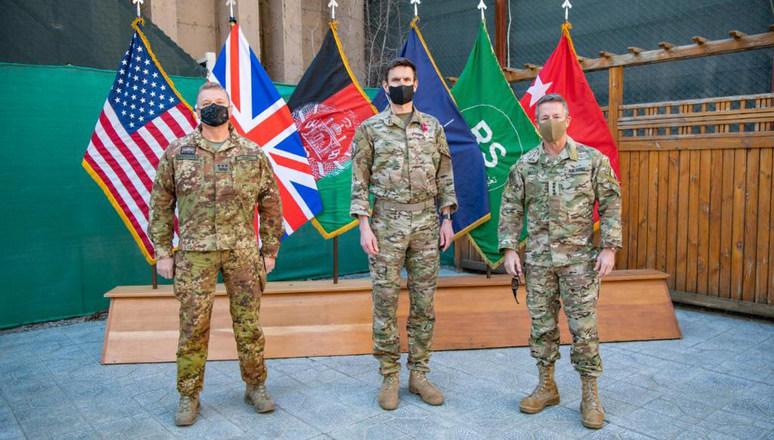 KABUL (Pajhwok): Lieutenant General Nicola Zanelli of the Italian Army assumed the position of Deputy Commander of the NATO-led mission Resolute Support (RS) on Wednesday, according to a statement.

The mission is about train, advise and assist the Afghan National Defence and Security Forces. He took over from Lieutenant General Giles Hill of the British Army.

Lieutenant General Hill thanked Resolute Support Commander US General Scott Miller for his leadership, and noted that thanks to the tireless efforts of thousands of NATO Ally and partner-nation troops supporting their Afghan security forces, Afghanistan is closer to peace.

Lieutenant General Zanelli reaffirmed the commitment of the Italian contingent to the NATO-led Resolute Support mission. He stressed the importance of supporting Afghan security forces to maintain the gains made, as “a commitment due to the Afghan people and to our brothers in arms from all the contributing nations who have fallen and been wounded on the long path towards lasting peace in Afghanistan.”

Resolute Support was launched on Jan. 1, 2015, following the conclusion of the previous NATO-led International Security Assistance Force (ISAF) mission, after Afghan security forces assumed full responsibility for security.  The mission works closely with different elements of the Afghan Army, Police and Air Force. There are currently around 11,000 troops assigned to Resolute Support, with more than half coming from European NATO Allies and partner nations.