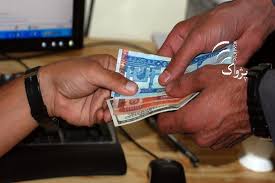 However, the global anti-corruption watchdog claimed massive corruption had happened in Afghanistan during the coronavirus pandemic.

The annual index ranks countries based on perceptions of public sector corruption and in this year’s report the watchdog ranked Afghanistan 165 in 180 countries list.

Afghanistan had 16 points in the 2019 survey while since 2012 till now the total points of Afghanistan on the global watchdog list have declined to 11.

It is worth mentioning that in the past Afghanistan was declared first, second and third corrupt country in the world.

Implementation of reforms in judicial sector of the country, inception of Anti-Corruption Commission and other government efforts to fight corruption improved Afghanistan image on global level, he said.

President Ghani again urged relevant authorities to take strict action against corruption as they were responsible for this on the behalf of the people of Afghanistan.

Denmark and New Zealand topped the index this year, with 88 points each. Syria, Somalia and South Sudan are at the bottom of the chart with 14, 12 and 12 points, respectively. China, with a score of 42, ranks 78 on the list.

In 2020, the CPI focused on the impact of corruption on the response to the Covid-19 pandemic and found that persistent corruption not only undermines healthcare systems but also contributes to democratic backsliding.

Countries that performed well on the index generally invest more in healthcare and, therefore, are in a better position to provide coverage to all their citizens. They are also less likely to violate democratic norms and institutions or the rule of law, the report said.

Commenting on the findings, chair of Transparency International, Delia Ferreira Rubio, said: “The past year has tested governments like no other in memory, and those with higher levels of corruption have been less able to meet the challenge. But even those at the top of the CPI must urgently address their role in perpetuating corruption at home and abroad.”