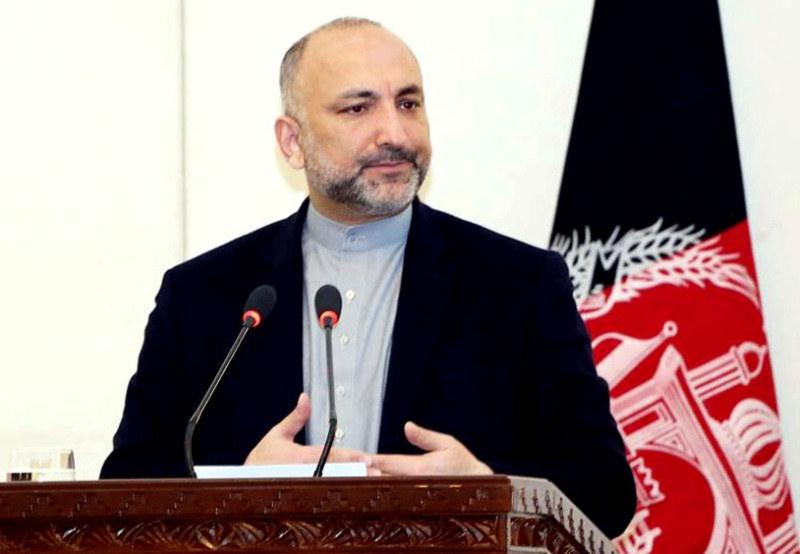 KABUL (Pajhwok): Foreign Minister Haneef Atmar is due in Moscow for talks with his Russian counterpart Sergey Lavrov on issues of common interest.

A spokeswoman for the Foreign Ministry in Moscow said:  “On February 24-27, Atmar will visit Moscow for talks with Lavrov and other officials.”

Maria Zakharova, spokesperson for the ministry, told a weekly media briefing the visiting minister would confer on trade cooperation with Russian officials.

A peaceful settlement to the war in Afghanistan and the need for countering the threats of terrorism and drug trafficking would also be discussed, Zakharova said.

She added Russia supported the promotion of national reconciliation in Afghanistan and the cessation of the long-standing armed conflict in that country.

Zakharova said: “We are consistently advocating for the development of Afghanistan as a peaceful, independent and neutral state, free of terrorism and drugs…”