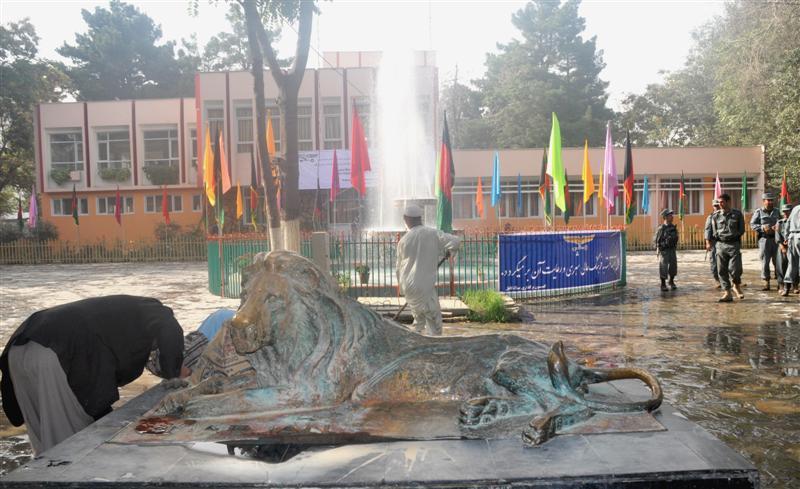 KABUL (Pajhwok): The Kabul Zoo director says the zoo suffered a 17.5 million afghanis loss due to Covid-19 spread but the total revenue of last year was 33 million afghanis from one million visitors.

Kabul Zoo director Aziz Gul Saqeb told Pajhwok Afghan News that around 100 types of animals including birds and reptiles and 600 types of fish were being kept in the zoo this year.

He added currently the zoo did not have the capacity to keep every type of animal found in the country but plans to expand the zoo were in place and work on them would be launched soon.

“We suffered a loss of 17.5m afghanis during four months of Covid-19 induced restrictions but we are happy that we had no casualties due to coronavirus,” he said.

Saqeb said last year they earned 33m afghanis, of which 10m from renting the city park because the city park land belongs to the Zoo and the rest 23m came from selling tickets to visitors.

He added that 75,000 school and kindergarten students visited Kabul zoo as academic tour and they were not charged for tickets.

The source said the zoo is in contact with the neighboring Uzbekistan to import new and antique animals in 2021 to enrich Kabul zoo.

The source did not provide details about the species of these animals.

Saqib said that he was concerned about hunting of rare animals in the country, adding that139 species of animals, including birds and reptiles, which rarely exist in the country are endangered.

He expressed concern about animals’ killing and trafficking and called on Afghans to take part in preserving the beauty of nature, to pay attention to animals and stop hunting them.

He said to protect and preserve the animals was not the government’s responsibility alone.

Hashmatullah, a resident of Kabul who was visiting the zoo with his family, said the atmosphere in the zoo had a positive change and the number of animals had increased.

Haji Mushtaq another visitor said Afghanistan was in a condition where public needs recreation and the number of such recreation spots must be increased for people to be entertained.