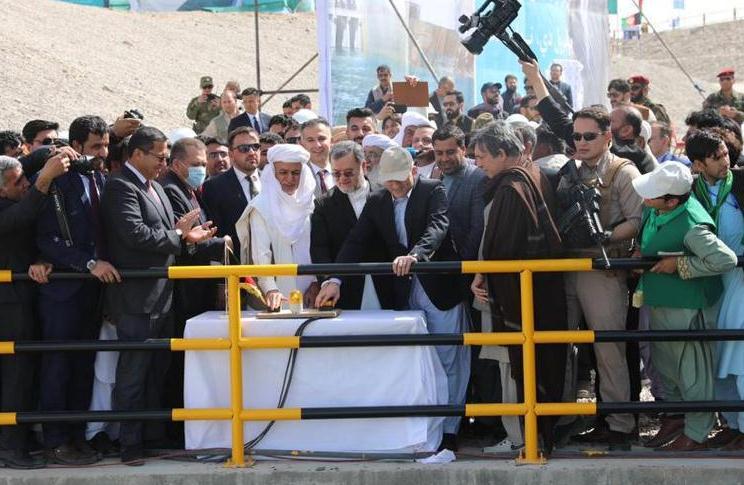 Construction work on the dam, located 95 kilometers from Zaranj, the provincial capital, got under way in 1974. But the project’s completion was delayed by decades of war.

The president pressed three yellow buttons that opened the dam’s sluice gates. As water flowed from the reservoir into a canal, officials applauded.

Ghani and his deputies also signed a book on the dam before a white dove was released a symbol of Afghanistan’s yearning for peace and stability.

It is expected to generate nine megawatts of power besides storing store 52 million cubic meters of water and irrigating agricultural lands and preventing flooding in the province.