Fake degrees among 16 graft cases referred to AGO 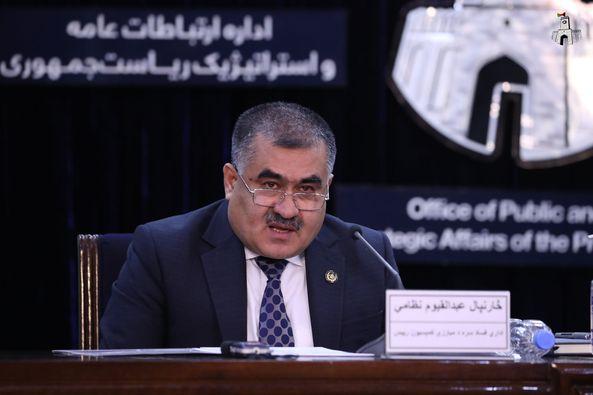 Fake degrees among 16 graft cases referred to AGO

KABUL (Pajhwok): The Anti-Corruption Commission has handed over 16 cases including fake education degrees to 3,000 Afghan students by a private Indian educational institute to the Attorney General Office for investigation.

The cases also include the issuance of fake educational documents in Afghanistan and assets registration.

Anti-Corruption Commission head Abdul Qayyoum Nizami told reporters here the commission had probed 48 corruption cases in the first three months of new year out of which 16 were referred to the AGO.

He said cases handed over to the AGO included the case of issuance of fake educational degrees — bachelor’s, master’s and doctorate — to 3,000 Afghan students by the ISBM.

He did not provide more information about ISBM but added the institute has no credentials in India.

It is worth mentioning that different institutions in India are functioning under the name of ISBM but when Pajhwok asked a well-placed government source it said that some people might have used the name of ISBM for fake degrees.

Nizami said the AGO had been handed over corruption cases related to the issuance of fake degrees, creating imaginary students by some institutions within the country.

Without going into details, he said the Anti-Corruption body will cooperate with the AGO in the investigation of corruption cases until the court issued verdict in this regard.

He said 11 high ranking government officials had been put on Exit Control List on the recommendation of the Commission and approval from the AGO.

Nizami said the Anti-Corruption Commission during the first four months of New Year vetted 5,200 forms of assets registration while a multi-dimensional inspection of 650 forms had been completed.

Nizami said during the period assets forms of 125 high ranking government officials were uploaded to the Presidential Palace website while forms of 15 individuals were pending due to late revealing of their assets.

He said cases of three officials had been referred to the AGO over registering misleading information. He did not name the three individuals.

AGO Spokesperson Jamshed Rasouli said investigation into some corruption cases sent to them by the Anti-Corruption commission had been completed with some progresses happened while some cases were still being probed.