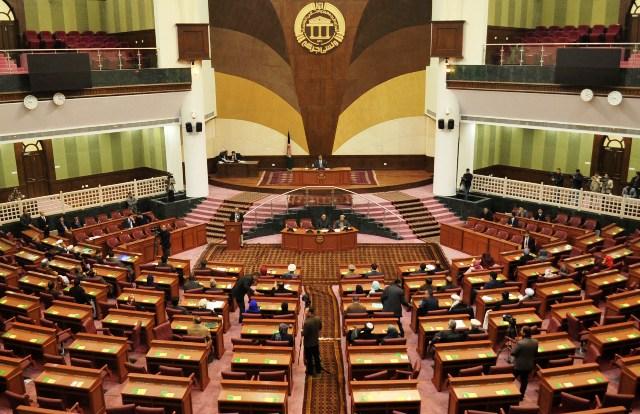 KABUL (Pajhwok): Quorum in the Wolesi Jirga was complete only once in the past one month while over 67 lawmakers were absent on Wednesday.

According to the internal principles of the lower house, the presence of 126 members out of the total 250 is required to complete the quorum.

In today’s (Wednesday) meeting, 168 lawmakers including first deputy speaker, second deputy speaker, first and second secretary and a lawmaker from Zabul Abdul QadirQalatwal was elected as temporary secretary to organize the session.

After the attendance was taken, Speaker Rahmani said that over 20 lawmakers were in the café and they were called to come inside but they refused.

The Wolesi Jirga was expected to discuss Presidential Decree No. 66 and a strategy regarding the control of agriculture urea.

Lawmaker ArifRahmani said: “We have no agenda in standing committees meetings and other meetings. Some lawmakers are permanently absent.” He asked the administrative panel of the house to take stern action against absent lawmakers as the country was passing through a critical situation.

He said due to this reason the house was sidelined and has no role in peace process and other monitoring schemes.

RaziaMangal, a lawmaker from Paktia province, said that lawmakers in the previous meetings signed an application to expose the names of permanent absent lawmakers but the administrative board did not take any action in this regard.

Lawmaker RamzanBashardost said that absence of some lawmakers had exceeded the limit and urged the administrative panel to take action against absent lawmakers.