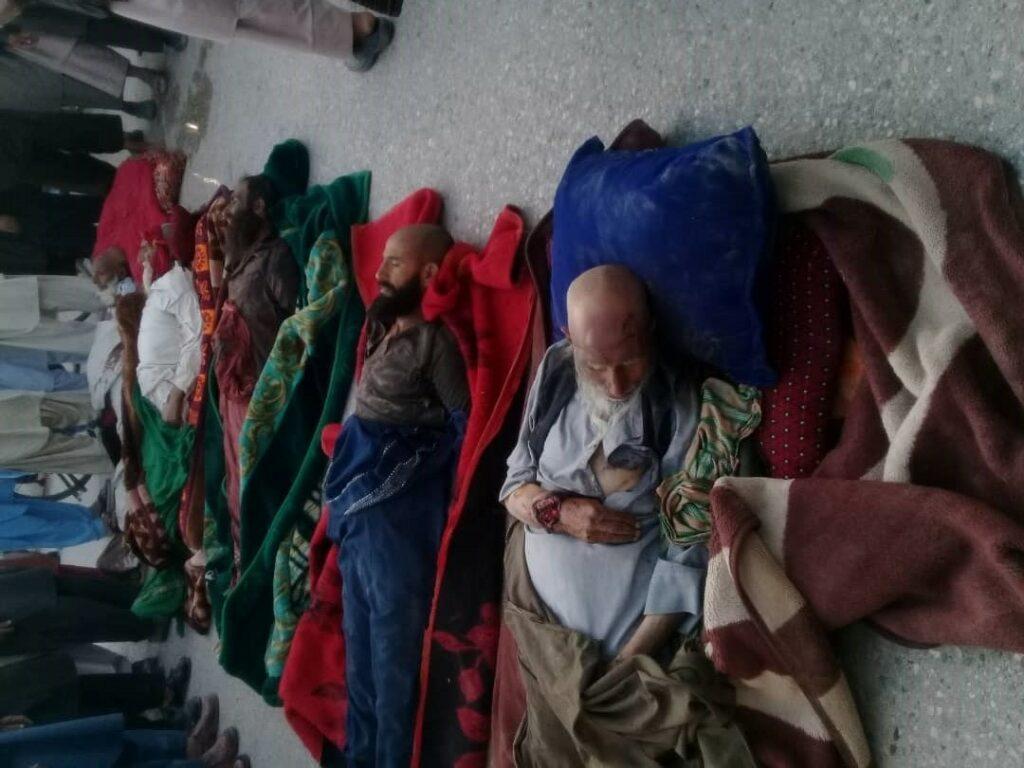 Wishing not to be named, the source said local uprising militia killed civilians in response to the killing of their commander in a blast on Thursday.

Four elderly men and a young man were among the victims killed by local uprising militia, the source said.

Governor spokesperson Marouf Azar confirmed the incident and said investigation has been launched.

Governor has directed security institutions to fully investigate the matter and share the result with the governor house and the media.

Abdul Majeed Noorzai, the resident of locality and head of the Noorzai Council, said local uprising commander was killed in a roadside blast in the Jurqad locality.

“Later, local uprising militia came to our village and accused us for sheltering the Taliban. They killed five people aged 40 to 80 years in their homes.”

Two children were injured and they also sprayed bullets at some livestock.

Dost Mohammad, the resident of locality, lost his two brothers, a nephew an uncle and a cousin, in the incident.

He said: “We were at our homes when local uprising militia personnel forced their way inside the house. They killed my two brothers Zokur, 80 and Qasim 78.”

They sprayed bullets at my nephew Ismael, 42 in front of his family members and also gunned down my cousin Allah Dad, 75 and uncle Bahauddin, 40 at their homes, he said.

He said: “These people are armed to kill Pashtons. We cannot say anything to Taliban or government, we feel the pressure of every burden, for God sake please don’t kill us.”