No contact made with Haibatullah since a year: Mohib 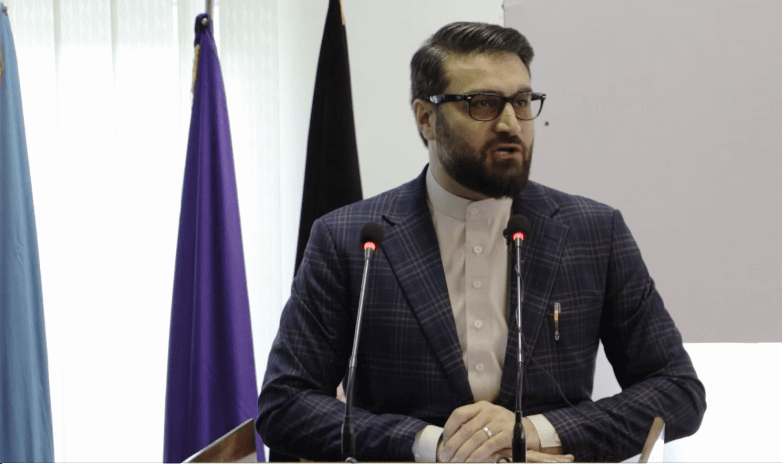 No contact made with Haibatullah since a year: Mohib

KABUL (Pajhwok): National Security Advisor (NSA) Hamdullah Monib on Saturday said no contact had been with Taliban’s supreme leader Mullah Haibatullah Akhund since a year, a claim rejected by the group.

Talking to a press conference in Kabul, Mohib said intelligence of Afghanistan and regional countries had proven that no any contact had been made with Mullah Haibatullah.

“Taliban have no contact with Mullah Haibatullah since last 12 months. There is no information available whether he is alive or dead? No one has heard his voice and no one had met him. Intelligence information proves it,” he said.

On the other hand, senior government military officials in Kabul claimed that most decisions of Taliban regarding peace and security were made by the movement’s deputy leader, Sarajuddin Haqqani.

A Taliban spokesman, ZabihullahMujahid told Pajhwok Afghan News that Mullah Haibatullah was alive and was doing his job.

He said that all their leaders and officials were in contact with him, take his advices and share their reports with him.

However, Mujahid said that Haibatullah should be in a safe place for his security and he should not join public places.

There were earlier unconfirmed reports about the death of Mullah Haibatullah. Hasht-e-Subh, a daily newspaper in Kabul in February in a report said that Habatullah was killed in a bomb blast in a mosque in Quetta city.

Haibatullah’s brother and a number of people of his seminary also suffered casualties in the incident, but Taliban rejected the death of the group’s leader.

In June 2020, Foreign Policy in a report said that a Taliban commander who introduced himself as Mohammad Ali Jan had confirmed to the media outlets the infection of the Taliban’s leader with coronavirus.

However, ZabihullahMujahid had rejected the report.

Another media outlet, Salaam Times, also in a report said that no any voice clip of the Taliban’s leader had been released since a year and his Eid messages were in written forms.

If Habatullah is dead, it would be the Taliban’s third leader losing his life.

The Taliban movement came into being in 1994 amid intense civil war in Afghanistan and it is aimed to establish ‘Islamic Emirate’ in the country.

After the killing of Taliban’s second leader, Mullah Mohammad Mansoor in a drone strike in 2016, Taliban appointed Mullah Haibatullah, a resident of Panjwai district of Kandahar as the group’s leader.

Haibatullah was previously Taliban’s chief justice and most of decisions and fatwas were made by him.