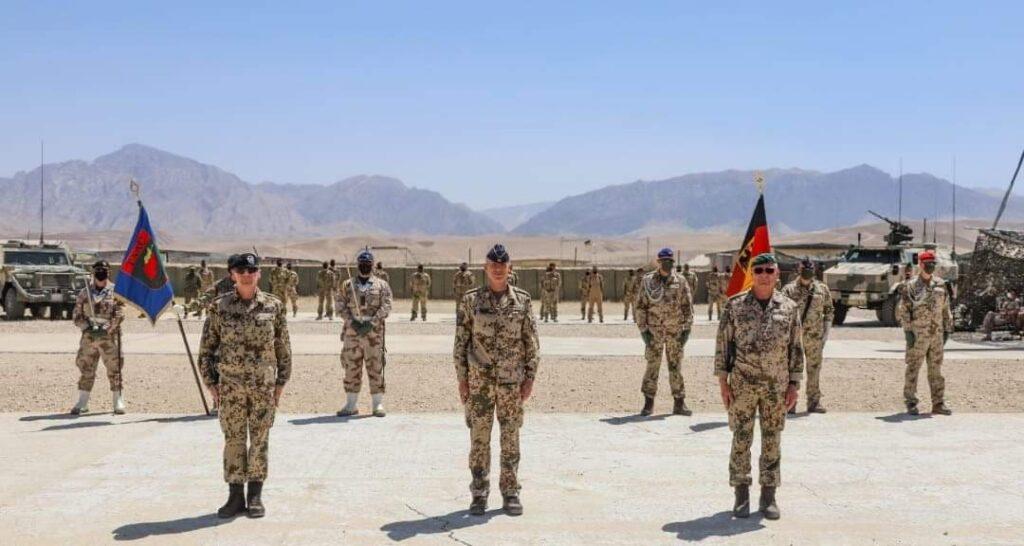 KABUL (Pajhwok): The US has scrapped a NATO flag-lowering ceremony in Afghanistan, causing confusion among American allies.

The ceremony was planned to be organised by the US-led military mission, NBC News reported on Friday.

However, the event was cancelled due to confusion over its meaning, three unnamed US defense officials were quoted as saying.

One of the officials said: “It was causing confusion among allies and partners.” Some saw it as closure of the Resolute Support headquarters in Kabul.

In no way, the report explained, the ceremony was aimed to signify an end to the training mission or closure of the headquarters.

It added the event it could rather be used as “an opportunity to gather 13 NATO partners together before coalition troops depart.”

Instead According to the officials cited by NBC, the American

The withdrawal of US forces could be completed by early July more than two months ahead of the deadline set by President Joe Biden.