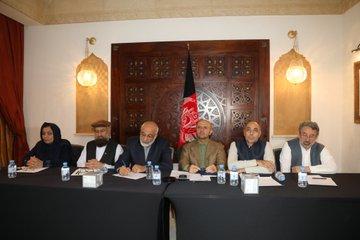 The source, speaking on condition of anonymity, told Pajhwok Afghan News that Taliban and government contact groups had resumed meetings.

Work on main issues around the dialogue agenda had been ongoing for the past two weeks, revealed an insider.

He added the two sides conferred on the need for identifying key topics and presenting them for discussion at a joint meeting.

The host country had offered to mediate the Kabul-Taliban talks, which have been deadlocked for the past few months.

“We told the host country that it can cooperate in case of need. Of course, talks have not been finalised yet, but the two teams have jointly identified a few points for facilitators,” the source said.

One of the points was that the mediator would not attend meetings even in time of need, but would share proposals with the two parties,” the source explained.

Peace talks in Qatar have long been stalled and so far, the agenda has not been finalised.

Meanwhile, US special envoy Zalmay Khalilzad has embarked on a visit to a number of countries, including Afghanistan and Qatar, in a bid to accelerate the peace talks and pave the way for a political agreement.