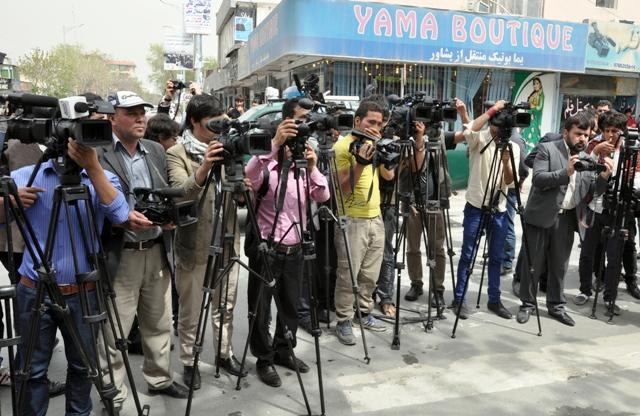 KABUL (Pajhwok): Media supporting organizations have termed financial crisis, insecurity and classification of information as the biggest problems being faced by media outlets and journalists.

After the regime change, most government and non-governmental employees including journalists lost their jobs and now being faced with massive economic problems.

It is worth mentioning that after the Taliban takeover on August 15, around 150 private media outlets stopped functioning country-wide and their employees have lost jobs.

In the past, he said, media outlets were financially supported through commercials from the defence ministry, interior ministry and NDS and at the moment all these resources had stopped aiding media outlets.

He did not provide exact figure for closed media outlets but added 150 media outlets — television, radio, online news agencies and newspapers — have stopped functioning in the country since Taliban’s takeover.

He said government officials had been conveyed about financial and other problems faced by media but the government did not take practical measures to address their problems and there was no policy or program to meet this challenge in the future as well.

HujatullahMujadidi, acting head of the Afghanistan Journalists Federation, also expressed his concern over the prevailing situation faced by Afghan journalists and said they were in bad economic condition.

“There would be catastrophe because the problems are so grim, if salaries are not paid until coming three months, no media outlets would remain functional after three months,” he said.