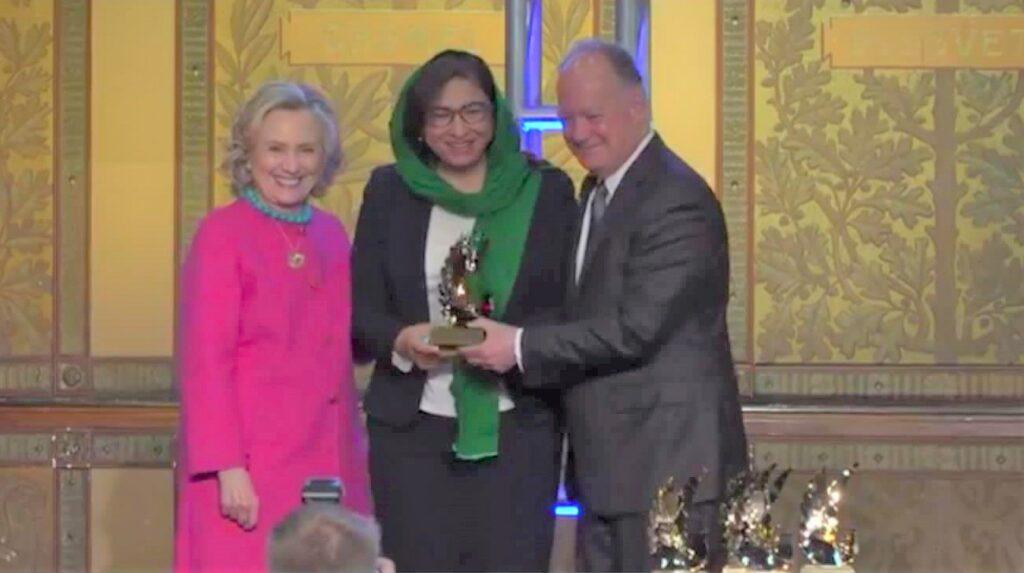 KABUL (Pajhwok): Palwasha Hassan, head of the Afghanistan Women and Training Centre, has won the Hillary Rodham Clinton Award for her efforts to promote women’s rights, peace and security.

An invitation from the Georgetown Institute for Women to the awardees reads: “Join the 2021 Hillary Rodham Clinton awards ceremony and celebrate several extraordinary women trailblazers.”

The Hillary Rodham Clinton awards are bestowed annually for exceptional leadership in recognising the important role of women in creating a more peaceful world.

The winners were asked to accept the 2021 Hillary Rodham Clinton Awards for Advancing Women, Peace and Security at a ceremony to be held at Georgetown University in Washington DC on December 6.

The ceremony was hosted by Hillary Clinton and the Institute for Women, Peace and Security in acknowledgement of the awardees’ commitment to promoting women’s rights, peace and security in Afghanistan and beyond.

Palwasha Hassan holds a master’s in Post-war Recovery Studies from York University and has been former fellow at the United States Institute of Peace.

She is a dedicated peace activist pioneering many critical works for promoting women’s rights, with special focus on girls’ education.

She is one Beijing Young leader, who spearheaded several initiatives for women’s uplift.

Her achievements include advocacy for increased political quota for women in the Afghan constitution and creation of women’s legal support organisation called Rozana.

She also played a key role in formation of Women and Street Children Centre, the Madadgar Women and Children Safe Home Network, Irfan Cultural Centre and co-founding of the Afghan Women Network.

She has been one of the 1.000 women nominees for Nobel Peace Prize (2005) and one of the finalists for the Sakharov Prize.