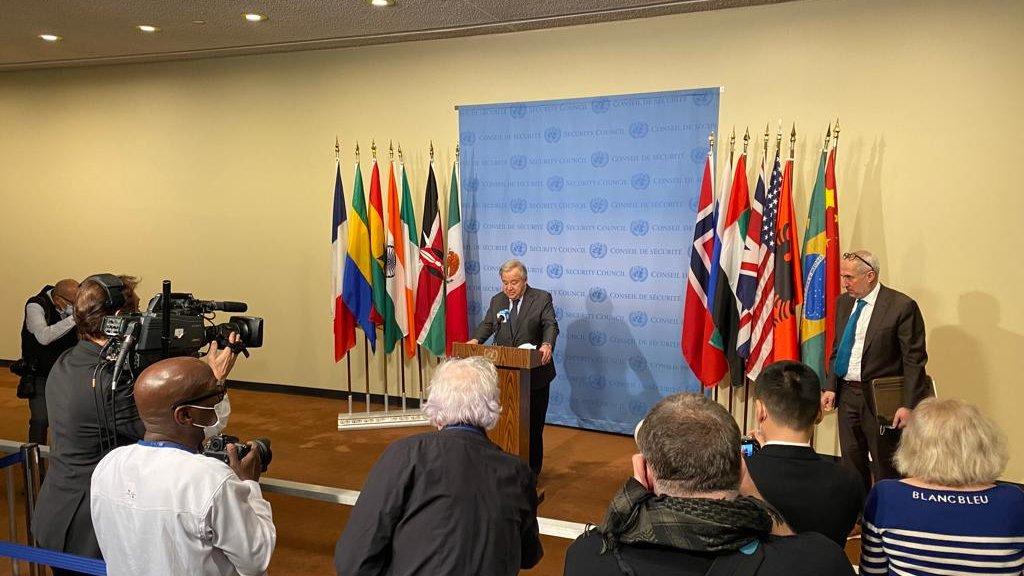 Addressing reporters on Afghanistan the United Nations chief has warned that millions of Afghans are on the “verge of death”, urging the international community to fund the UN’s $5bn humanitarian appeal, release Afghanistan’s frozen assets and jump-start its banking system to avert economic and social collapse.

Secretary-General Antonio Guterres told reporters on Thursday that “freezing temperatures and frozen assets are a lethal combination for the people of Afghanistan,” and “rules and conditions that prevent money from being used to save lives and the economy must be suspended in this emergency situation.”

The UN has said 8.7 million Afghans are on the brink of starvation and Guterres said it was critical to rapidly inject liquidity into the Afghan economy “and avoid a meltdown that would lead to poverty, hunger and destitution for millions”.

The secretary-general said the US has “a very important role to play because most of the financial system in the world operates in dollars” and the US has frozen $7bn in Afghan foreign reserves, mainly held in the US.

UN humanitarian chief Martin Griffiths and Peter Maurer, president of the International Committee of the Red Cross, are scheduled to hold a virtual meeting Friday with US Secretary of State Antony Blinken.