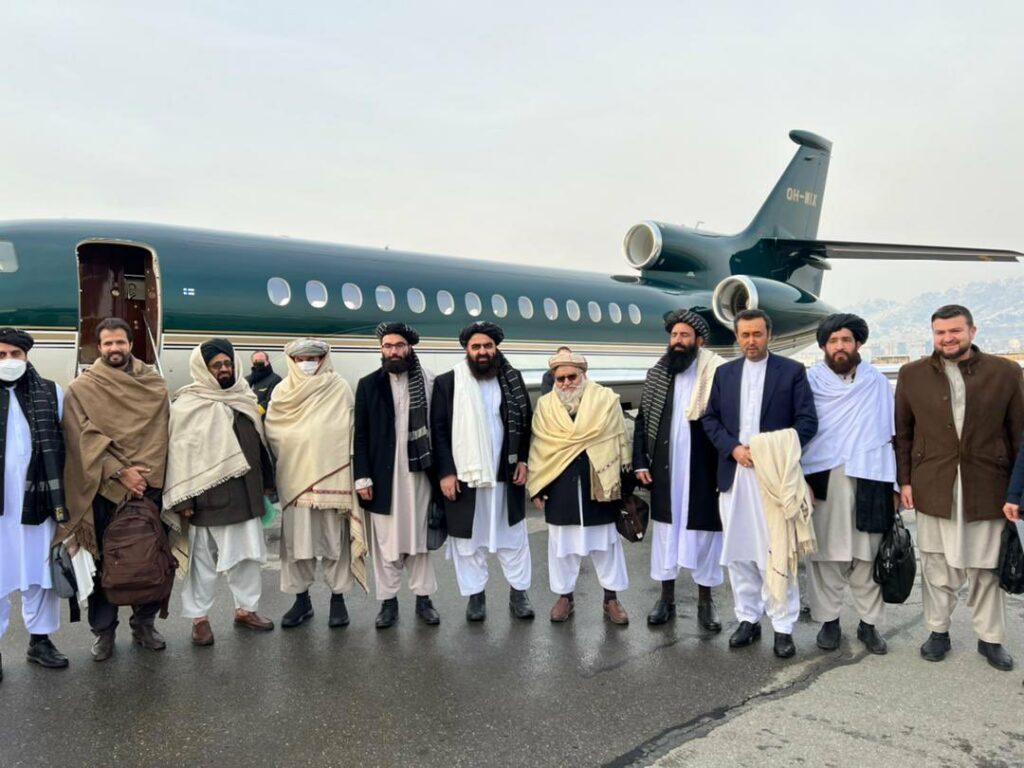 KABUL (Pajhwok): A high-level government delegation arrived in the capital of Norway late on Saturday for talks with Western officials and Afghan political figures.

Led by Foreign Minister Amir Khan Muttaqi, the 15-member team flew into Oslo on a plane sent by the Norwegian government.

Beginning today (Sunday), the three-day meetings will focus on human rights and humanitarian aid for Afghans, according to Afghan and Norwegian officials.

The Taliban team is also expected to meet Afghans from civil society, including women leaders, human rights campaigners and journalists.

The foreign ministry in Oslo said the meetings would discuss ways of addressing humanitarian, economic, social and political issues.

In a statement, the ministry said the meetings would also focus on Afghan girl’s access to education and human rights.

Mona Juul, Norwegian ambassador to the United Nations, stressed the need for talks with the current Afghan rulers due to the deep humanitarian crisis in the country.

She said: “We have to make sure that we are able as an international community to get necessary humanitarian assistance into Afghanistan for the millions of people facing a very grave humanitarian situation.”

Zabihullah Mujahid, the Taliban’s spokesman, insists the Islamic Emirate has taken steps to meet demands of the international community.  He wants the Taliban government to be recognised.