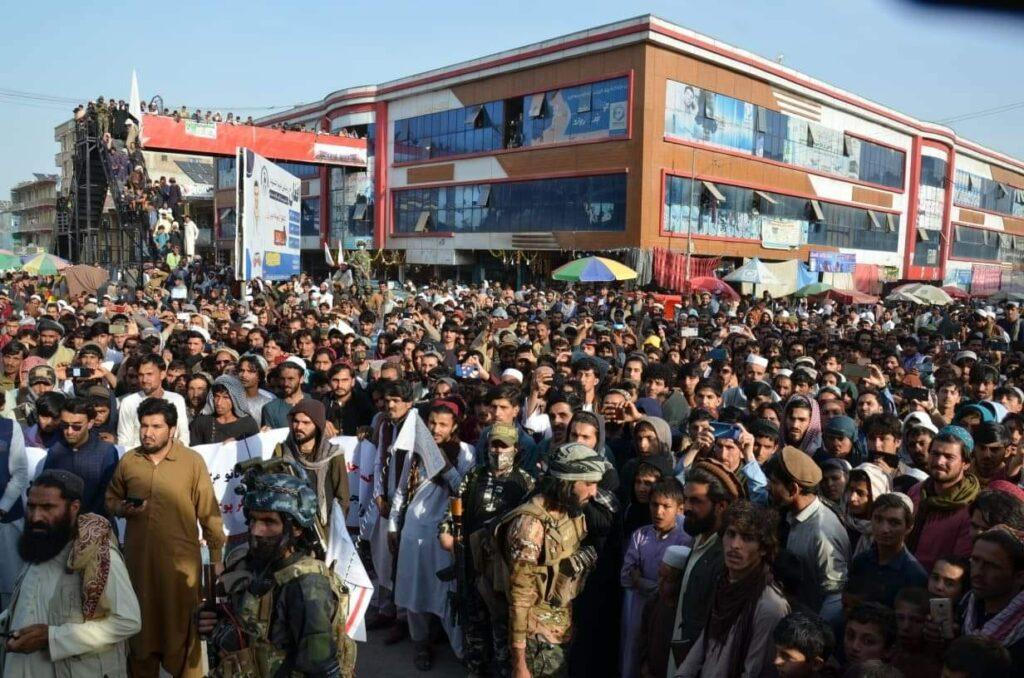 KHOST CITY (Pajhwok): Hundreds of people in southeastern Khost province have staged protest against Pakistani forces airstrikes in Khost and Kunar provinces in which tens of civilians had been killed and wounded.

Charged protesters have demanded Afghan government and the international community to strongly react to Pakistan’s aggression.

Qadirullah, one of the protesters, told Pajhwok Afghan News Pakistani forces targeted migrants in Khost province adding that it was an act in violation to the international law and a war crime.

He demanded international community to impose economic sanctions on Pakistan as it violated Afghanistan’s airspace and challenged its territorial integrity.

Murid Naikmal, another protester, said Afghan defence ministry should not keep silent against Pakistan’s aggression and should take revenge.

“I want the Islamci Emirate leadership not to keep silent over Pakistan’s aggression and tyranny and this should befittingly respond, “ he said.

“Pakistan don’t want to seed a strong Afghan army and unity inside Afghanistan between the people of Afghanistan,” he said.

Afghan government also strongly condemned airstrike in Khost and Kunar provinces and asked Pakistan to make sure such incidents are not repeated in the future.