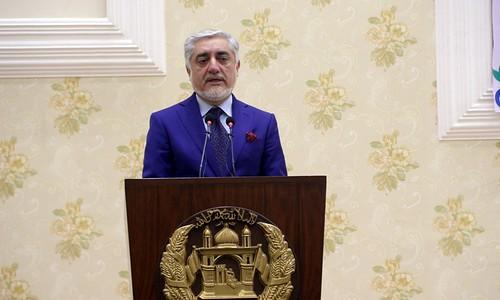 KABUL (Pajhwok): Former Chairman of the High Council for National Reconciliation (HCNR) Abdullah Abdullah says credible reports regarding tragic incidents in some parts of the country had been received

On his Twitter handle Abdulllah wrote: “Lately we received news regarding tragic and painful incidents based on credible reports that military personnel have started the extra-judicial killing, torture and Kangaroo Courts trial of innocent people in Panjsher, Takhar, Andarab and Khost. Such acts are against religious teachings, human rights, war laws and condemnable through international norms and regulations.”

He condemned the extra-judicial killing and torture of innocent people in Panjsher, Takhar, Khost provinces and Andarab valleys.

Abdullah said current crisis in the country could be resolved through talks, respect to public sentiments, religious, identical and cultural diversities.

He said no such incident had happened and some reports in this regard were merely propaganda.