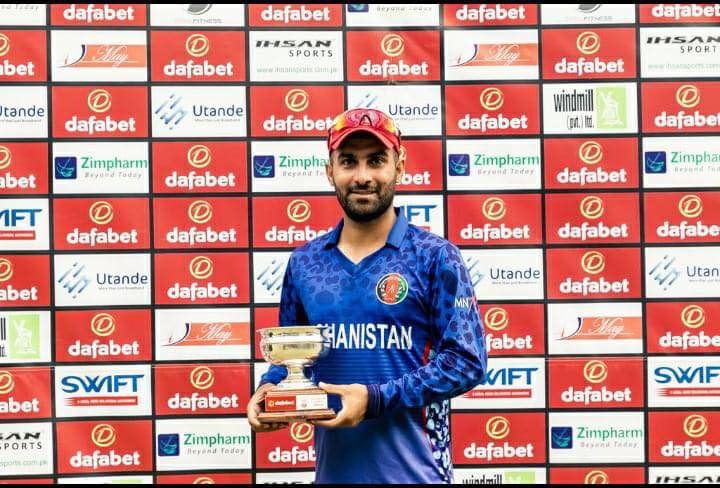 KABUL (Pajhwok): Afghanistan beat Zimbabwe by four wickets in their third one-day international match to seal the series 3-0 after the hosts were bundled out for a modest total of 135 runs.

Afghanistan skipper Hashmatullah Shahidi won the toss and chose to blow first in the 50 overs game played in Harare.

The Zimbabwe batsmen once again could not withstand the strong bowlers of Afghanistan and the entire team was bowled out for 135 runs and set Afghanistan an easy target of 136 runs.

The tourists got into trouble when four wickets fell in quick succession for just 60 runs, but captain Hashmat Shahidi and Mohammad Nabi scored 38 and 34 runs respectively, eventually steering their side to victory in the 37th over.

Rashid Khan and Rahmat Shah were declared the best players of the match.

With this victory, Afghanistan won the three-match series 3-0 and finished second in the rankings for the upcoming World Cup qualifiers, with Bangladesh in first place.

In his message after the victory, Shahidi congratulated all the countrymen and said that they will continue to play well in the Twenty20 tournament against Zimbabwe.