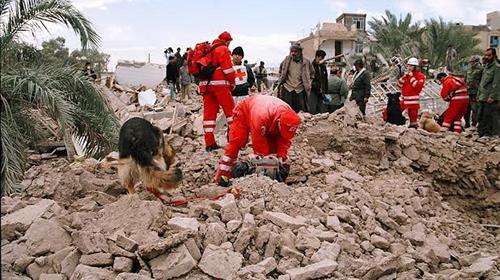 KABUL (Pajhwok):  Three convoys of relief supplies from the UN Refugee Agency (UNHCR) have so far been sent to help people in southeastern Afghanistan’s Paktika and Khost provinces who lost their homes and possessions amid the devastation wrought by last Wednesday’s earthquake.

To-date, UNHCR has provided relief supplies sufficient for more than 12,000 people, the refugee agency said in a statement on Wednesday.

On Tuesday UNHCR dispatched a convoy carrying 100 family tents and 100 core relief items kits along with 1,500 “dignity kits” to help women and girls who face specific needs since losing possessions like clothing and household supplies in the earthquake.

In the affected area, the distribution of UNHCR’s relief aid began on 25th June in Geyan and Spera with further distributions in Dangar Lagad.

Specialist teams of UNHCR staff also arrived on the ground to assess needs and organize distributions in affected villages already on 24th June.

UNHCR is focusing its delivery of relief items in Spera District of Khost Province and in Geyan and Bermal districts of Paktika Province.

“The people residing in Khost and Paktika provinces need urgent protection from the elements, while women and girls need specific items,” UNHCR Representative Leonard Zulu said. “UNHCR is intent on meeting the protection and assistance needs of people who have been affected by the earthquake alongside its humanitarian partner agencies.”

The affected areas of Khost and Paktika provinces are remote and poor road conditions hamper accessibility. Aid workers are currently driving eight hours a day to access distant villages to assess needs and deliver assistance. Local residents are mostly sleeping outdoors due to continued tremors, while people with vehicles are sleeping in their cars for safety.

“I talk to people who have lost all their documentation, everything buried under the rubble,” said UNHCR field officer Ahmad Jawad Wafa.

UNHCR and its partners are engaged via area-based programming in 70 Priority Areas of Return and Reintegration (PARRs) in Afghanistan, which include the areas affected by the earthquake (Spera district in Khost and Barmal and Geyan districts in Paktika).

“Families have lost loved ones, suffered injuries, and experienced significant trauma, while many people have lost their documents and children have been orphaned,” UNHCR’s Leonard Zulu declared. “We plan to support the affected people with their shelter and protection needs.”

Overall, the UN aims to assist some 362,000 people in the region struck by the earthquake. The UN estimates that some 770 people were killed and more than 1,500 injured, with numbers expected to rise. Some 4,500 homes are estimated to be fully or partially damaged.

Afghanistan is experiencing one of the world’s most serious humanitarian crises, with an estimated 24 million people across the country in need of humanitarian assistance, with children particularly affected by malnutrition amid the impact of the decades of conflict, withdrawal of development assistance and effect of sanctions. The UN is seeking an overall $4.4 billion for humanitarian programmes in 2022, of which UNHCR needs $374 million.