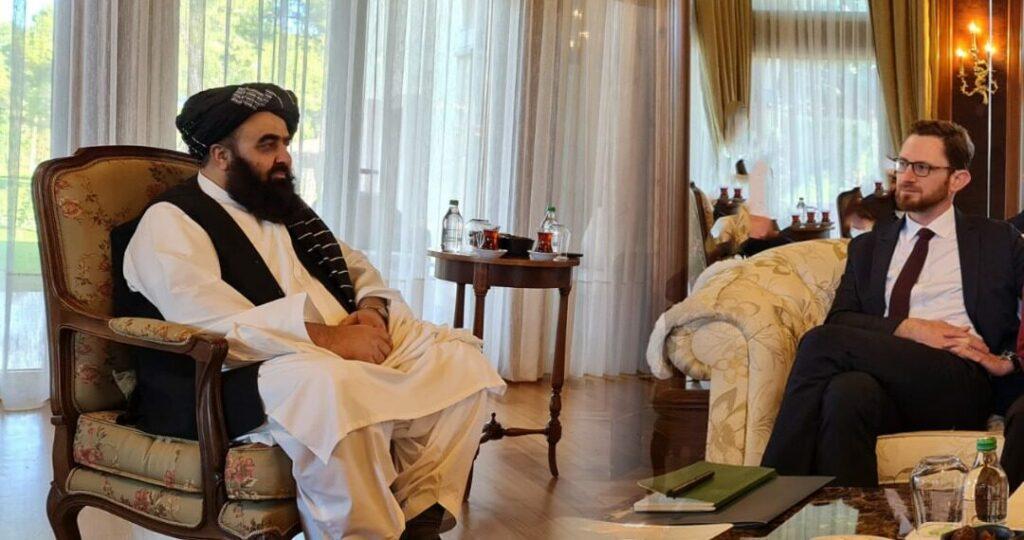 “Minister Muttaqi highlighted positive changes with the coming to power of the new government, calling the security situation in Afghanistan extraordinary & exemplary.”

“FM Muttaqi expressed gratitude to the US for announcing $55 million in humanitarian aid to earthquake victims, reiterating release of Afghan assets & lifting of sanctions.”

“FM Muttaqi said engagement with the new Afghan Islamic government should be cooperative & positive instead of pressure tactics to achieve progress. Hinting at the Doha agreement, FM Muttaqi said the new government remained committed to its pledge of not allowing anyone to use the territory of Afghanistan to harm neighboring & world countries, adding that Afghan borders were under control & secured.”

“Moreover, the US Treasury Representative highlighted their talks on frozen Afghan assets with the US Justice Department & legal experts.”

“The meeting also focused on detailed & positive discussions on the prevention of narcotics, alternative livelihoods & treatment of addicts. To end, the parties expressed satisfaction with the meeting & agreed to continue such meetings.”