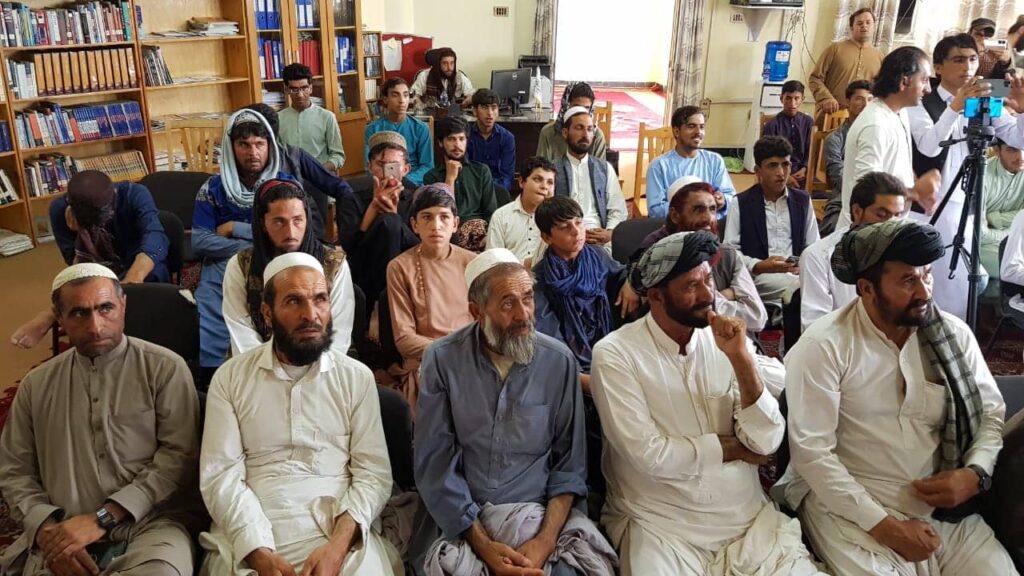 Addressing a gathering at the end of the third batch of ‘Radio Teacher’ transmissions, he said people could learn from it at home or any other place.

“Today, we invited 50 most talented students and provided them with gifts. Most of our sisters follow this programme at their homes.

“We decided to launch the training programme to educate boys and girls in remote areas, where education is not available or impeded by cultural restraints.”

With the completion of the upcoming book 3, Yaad hoped, the students would be able to read and write.

Mohammad Hashim, a resident of Zazi Maidan district, acknowledged children were learning lessons from ‘Radio Teacher’ at their homes.

Abdul Rahman Aryan, who hails from Nadir Shah Kot district, said her sisters attended a madrassa, but, like other seminary students, they could not even write their names.

But after listening to the programme on Hawa Radio, now his sisters can easily read and write.