Pilgrims converge on Mount Arafat for climax of Hajj 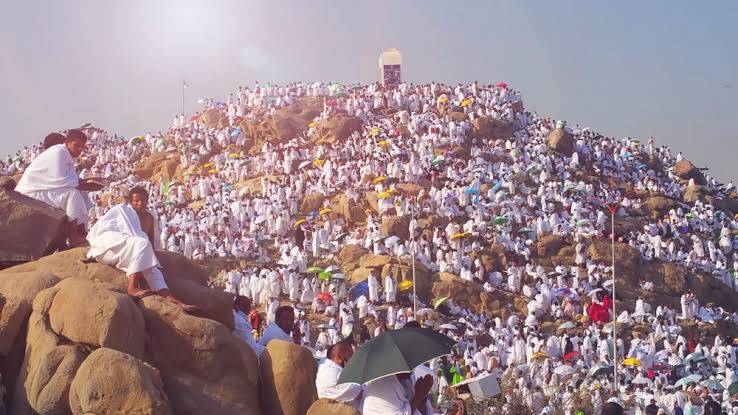 Pilgrims converge on Mount Arafat for climax of Hajj

KABUL (Pajhwok): About one million pilgrims on Friday started praying on Saudi Arabia’s Mount Arafat, the high point of the Haj pilgrimage.

The worshippers spent the night at camps in the valley of Mina, seven kilometres from Makkah’s Grand Mosque and converged on Mount Arafat, where the Prophet Muhammad (Peace Be Upon Him) delivered his final sermon, for the most important of the Haj rituals.

They will stay all day at the site, praying and reciting the Quran. After sunset, they will head to Muzdalifah, halfway between Arafat and Mina, where they will sleep under the stars before performing the symbolic “stoning of the devil” ceremony on Saturday.

This year’s Haj is taking place against the backdrop of a resurgence of Covid-19 in the region, with some Gulf countries tightening restrictions to keep outbreaks in check.

The Haj, usually one of the world’s largest annual religious gatherings, is among the five pillars of Islam and must be undertaken by all Muslims with the means at least once in their lives.

In 2019, some 2.5 million Muslims from around the world took part, as in previous years.

But the coronavirus outbreak has since forced Saudi authorities to dramatically downsize the Haj. Just 60,000 fully vaccinated citizens and residents of the kingdom participated in 2021, up from a few thousand in 2020.

After the stoning ritual, pilgrims return to the Grand Mosque in Makkah to perform a final “tawaf” or circling of the Kaaba. Eidul Azha marks the end of Haj.

Fazal Mohammad Hussaini, a spokesman for the Afghan Ministry ofHajj and Religious Affairs, told Pajhwok Afghan News over the phone that all Afghan pilgrims reached Mina on the eighth of Zila Hajja and camped at their specific locations and this morning they scaled the mount Arafat.

According to him, the Afghan Ministry of Hajj and the Saudi government have taken all kinds of security and logistical measures.

Sheikh Noor Mohammad Saqib, Minister of Haji and Auqaf, said in a video message from Mina that all Afghan pilgrims from Makkah and Medina had arrived in Mina.

He added that there were no problems with regard to transport, food and others and all facilities had been provided to the pilgrims.