Muslims must stay away from polemics: Sheikh Mohammad 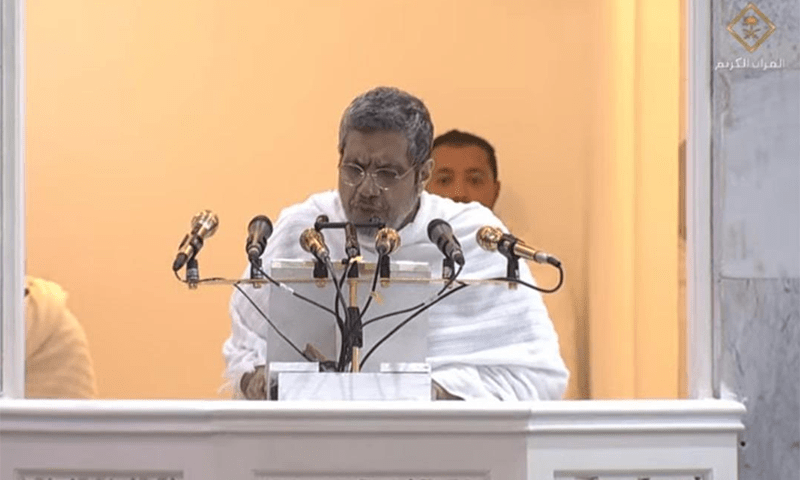 Muslims must stay away from polemics: Sheikh Mohammad

KABUL (Pajhwok): Sheikh Mohammad Al Issa bin Abdul Karim at the Arafat sermon said among the values taught by Islam were avoiding all that leads to dissent, animosity, or division and instead, ensuring that our interactions are dominated by harmony and compassion.

“These values come at the head of what adhering to the Quran and Sunnah means … It is that unity, brotherhood, and co-operation which constitutes a fortification of safety that protects our Ummah and its togetherness, and also contributes to maintaining sound interactions with others,” he said.

About one million pilgrims converged on  Mount Arafat — a granite hill about 20 kilometres from the Kaaba on the Arafat plains — on Friday to participate in the most important ritual of the annual Hajj pilgrimage.

In his sermon, Sheikh Mohammad Al Issa said piety brings everlasting happiness in this world and the hereafter .

“Zakat shows the virtues of social solidarity. Muslims must stay away from polemics,” he said, adding that when dealing with malicious acts, one must remember the wisdom of Islam in their response.

“Kindness and compassion are among the priorities of religion. Islamic law is humane without double standards.”

He asked the faithful to spend the day of Arafah in supplication and pray for the acceptance of hajj and safe return of the pilgrims.

Sheikh Mohammad, a member of the Saudi Council of Ulema, said God has repeatedly emphasized piety in the Holy Qur’an and that the purpose of Hajj is piety.

He added that all Muslims should fear Allah, because nothing is hidden from Allah and He sees everything.

According to him, whatever affliction befalls Muslims in the world is from Allah, and in return He rewards them abundantly.

Sheikh Mohammad, quoting a hadith of the Holy Prophet, said that all Muslims should have high morals and respect each other, speak to each other in good manners, and be gentle with those with whom you speak.