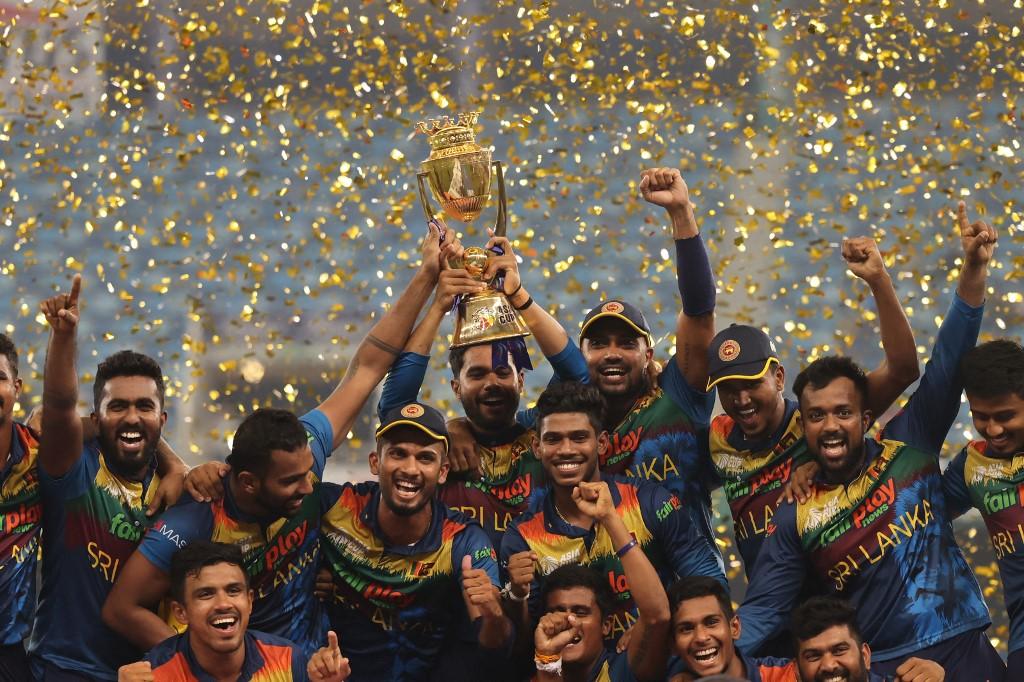 PESHAWAR (Pajhwok): Sri Lanka have convincingly made short work of Pakistan to lift the 2022 Asia Cup for a sixth time, reports Geo News.

Asked to bat first, the islanders collapsed to 58 for 5 in the first 10 overs of the final at the Dubai Sports City Stadium on Sunday night.

But in the last 10 overs, Rajapaksa and his teammates cut loose and thrashed the opposition bowling attack at will, with Pakistan paying a heavy price for dropped catches and sloppy fielding. .

As they refused to relent, the gritty Sri Lankans plundered 103 runs from the last 10 overs to set Pakistan a formidable target.

With no clear game plan, all Pakistani batsmen except opener Mohammad Rizwan failed to measure up to the challenge, the private broadcaster reported.

Bundled out for 147, Pakistan literally threw away the match that Sri Lanka won by 23 runs. Skipper Babar Azam, Fakhar Zaman and others were sent back cheaply to the dug-out.

Rizwan was the only Pakistani batter to exhibit somewhat aplomb and chipped in with 55, emerging as the highest run-getter of the tournament. However, he scored runs at a poor clip.

The Pakistanis were sent packing 24 runs shy of the winning target¸ letting Sri Lanka walk off with a well-deserved title win.

Hasaranga claimed three scalps in one over and Pramod Madushan finished with career-best figures of 4-34 to power their side to a comprehensive victory.

Fourteen editions of the Asia Cup have taken place since its inception in 1984. India won the last edition by outplaying Bangladesh in the final in 2018.

Sri Lanka emerged champions in the second edition of the Asia Cup, played in 1986, when they downed Pakistan.

Once again, they clinched the title by thrashing Pakistan by five wickets in the 12th edition of the tournament — one of the most entertaining editions.

Afghanistan had outplayed Sri Lanka and Bangladesh in the first round of the tournament, but lost to Pakistan India and Sri Lanka in Super-4 stage matches.