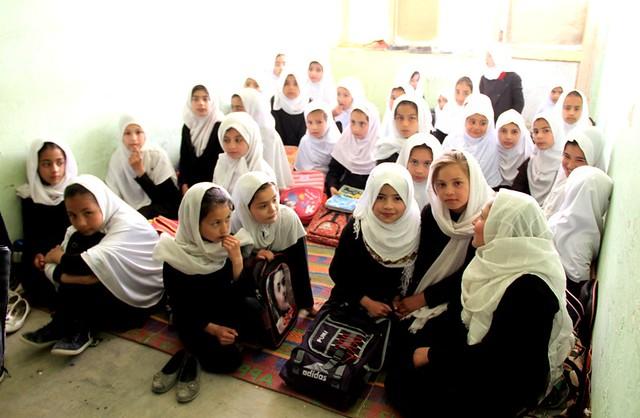 KABAUL (Pajhwok): Dozens of Afghan girls have voiced a fervent desire for wearing again their black dress and white veils and returning to school like boys.

In a touching message to Muslim and other world leaders, 50 Afghan girl students called the closure of their schools after the regime change a year of darkness.

Penned by 50 secondary school students from Kabul, Nangarhar and Parwan provinces, the message was complied by Rahim Jami and Deema Hiram on September 18, 2022.

It has been one year since Afghan girls have been deprived of their right to an education. For these girls, this year has brought great mental and emotional challenges and has been nothing short of a nightmare.

Some mourn their shattered dreams of a bright future and grieve the burnt pages of notebooks excitedly coloured for a brighter tomorrow. Others are carrying the heavy burdens of unwanted and early marriages.

Each day, the message says, brings them numerous challenges such as domestic violence, denial of fundamental rights and uncertainty about the future, leading to severe depression and even suicide.

“It’s a shame that in the 21st century, we must beg for our fundamental rights – such as education – and put our demand forward to world leaders, who themselves believe in human rights defenders and advocates,” remarks a 10 years old 12th grader from Kabul, Hadaf.

Neither the Taliban nor world leaders should use girls’ education, leading from darkness to light, for political purposes.

The school girls found it heartbreaking to see how the world seemed to have forgotten about their right to an education.

“It shows fundamental human rights and values and can be compromised for political interests. Since the Taliban’s takeover of Afghanistan, girls have experienced all forms of violence and discrimination,” the message laments.

Growing poverty and unemployment has caused a rise in domestic violence, according to the letter, which noted people were forced to sell household appliances to feed their families and, in some cases, even sold their children.

Poverty and increase in prices of basic commodities such as bread means girls are at a much higher risk of early marriage, as marrying them off means fewer mouths to feed, argue the students.

“This past year, we have been denied human rights, such as the privilege to work, the liberty to live with dignity, freedom, mobility and speech, and the right to determine and decide for ourselves,” complained Azadi, an 18 years old 11th grade student.

Afghan girls have the following message for world leaders:

“We wish to wear our black dress and white veils again and return to school as boys do. Our fingers dearly miss our pens and notebooks…

“We want education for our families and ourselves and to achieve our dreams. We will never let anyone take our dreams and future away.

“We ask the people of Afghanistan, the United Nations and world leaders, including heads of Islamic countries and girls’ education activists, to speak against this injustice and inequity.

“We ask everyone to stand beside us until the right to access quality, equal, and inclusive education is fulfilled and assured, according to globally acknowledged standards.

“The world must meet its obligations and not allow Afghanistan to become a haven for terrorists again. We will never forgive and forget if the world fails us today. We will rise and stand firm again, but the world will stand ashamed before us.

“We will make history and narrate how we lived through a chronicle of darkness. Hence, stand by us and raise your voices together, so schools open for us again.”