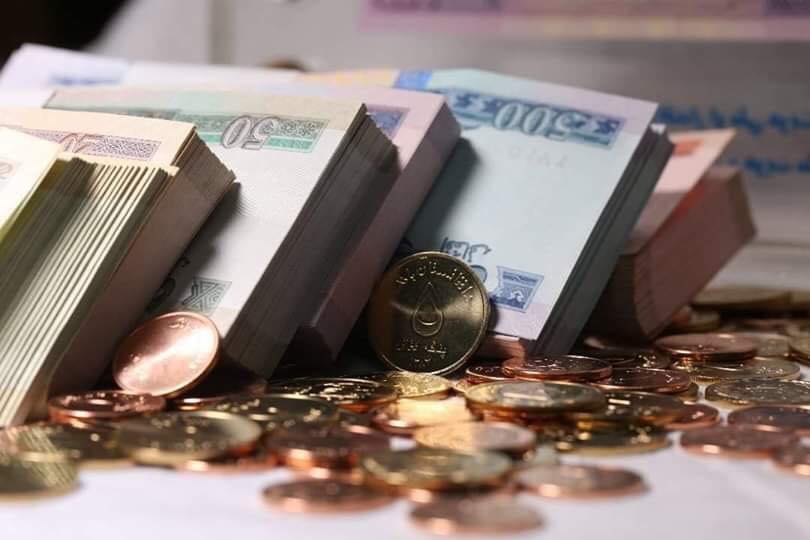 KABUL (Pajhwok): Economists have linked the appreciation of the local currency against the dollar to a recent meeting between top Afghan and US officials in Qatar.

Experts believe a shortage of the afghani in the market, a surge in international aid inflows and the resumption of exports and imports are other vital factors that contributed to the value of the local currency.

They want Da Afghanistan Bank to keep the national currency stable by injecting the afghanis and dollars into the market according to the situation.

For its part, the government vies the signing if fuel and food deals with some countries, resumption of work projects and the resumption of export as reasons behind the strengthening of the afghani.  The local currency plunged after last year’s regime change in Afghanistan. Subsequently, the US froze the Afghan central bank’s foreign reserves worth over nine billion dollars, aggravating the war-torn country’s economic woes.

Before the regime change, one US dollar accounted for 79.70 afs. But after the new administration’s takeover, the dollar skyrocketed was traded for 130 afs on December 13, 2021. After a while, the afghani regained its value, with the greenback slumping to 102 afs on January 31, 2021.

Sara-i-Shahzada Moneychangers Union head Mir Afghan Safi told Pajhwok Afghan News in the beginning of the ongoing week, one US dollar accounted for 88.50 afs. But on Monday, the greenback fell to 84 afs and on Tuesday, its value increased to 85.40 afs.

Asked about the reason for the afghani appreciation against the dollar, Safi replied: “Recent developments are a major factor. Another reason is a shortage of the afghani in the market.”

Economist Qais Mohammadi saw political and economic reasons behind the appreciation and depreciation of the local currency.

“When there is a mood of optimism, like the recent meeting between Afghan and US officials, people start thinking the interim government may be recognised. International aid will increase, exports and imports have resumed — all these are factors that have contributed to the value of the afghani against the dollar.”

CNN reported the meeting was the first since Al-Qaeda leader Ayman al-Zawahiri was killed by the US in his apartment in Kabul in late July.

The US administration sent the CIA’s deputy director and the top State Department official responsible for Afghanistan to the Qatari capital for talks with the Taliban delegation, which included their head of intelligence, Abdul Haq Wasiq.

Mohammadi urged DAB to act in line with market — when afghani flows rise, dollars should be released and vice versa.

He opined the appreciation of the local currency would help control import prices besides assuaging fears of a surge in rates of essential commodities in the winter.

Kabul University teacher Zakaria Haidari identified the arrival of aid dollars in the country, their auctions and not releasing the afghani into the market as some of the factors behind the appreciation of the afghani.

According to Haidari, the government has not released the afghani in the market over the last 14 months. This has led to the appreciation of the afghani.

Every week, he noted, DAB auctioned off millions of dollars to ensure the value of the local currency remained intact. He explained people would suffer if the afghani depreciated and unemployment soared.

He opined the central bank had an ideal opportunity to support the afghani. He suggested the local currency should be released based on market requirements.

Zabihullah Mujahid, spokesperson for the ‘Islamic Emirate of Afghanistan (IEA), said the government was striving to strengthen the economy and create a friendly environment.

“You know better, some fuel and food contracts were inked lately in the interest of Afghanistan. Work on some key projects has resumed. Exports have also resumed to some countries. All these efforts were coordinated and supported the afghani,” he remarked.

Earlier, Mujahid said the interim government had signed agreements on fuel, gas and food imports with Russia. The move is intended to reduce food and energy prices.

On Monday, 20 tonnes of pine nuts were sent to China from Kabul through the Afghanistan-China air corridor after a 10-month hiatus.

Deputy Prime Minister Mullah Abdul Ghani Baradar, speaking on the occasion, hailed the reopening of the corridor as a good omen.

With the reopening of the air corridor, Baradar hoped trade with China would get a major boost and Afghan entrepreneurs would be able to send their products to global markets.

Without giving details, Mujahid said the government had some plans for economic stability. The measures, when announced, would further enhance the value of the afghani, he believed.

Mujahid hoped all these efforts would promote the public interest and benefit the masses.