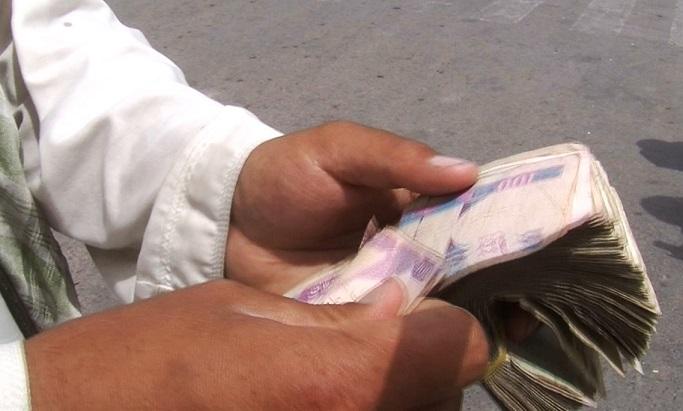 HERAT CITY (Pajhwok): Some money changers in western Herat province have demanded the distribution of new bank notes into the market and said besides the eligibility of old bank notes there was purchase value difference between the new and old notes.

According to Herat residents if you want to get new Afghani banknotes one has to suffer $10 loss in every $100 during exchange.

Samiullah Ata, a resident of Herat told Pajhwok Afghan News: “If we change 100,000 Afs into US dollar, we suffer the loss of 10,000 afs in the exchange transaction.”

He hoped the government would inject new banknotes into market and cut the hands of such mafia.

Ali Ahmad, a money changer, also demanded the distribution of new printed banknotes into the market, however he has also admitted that the old bank notes were still legitimate, but exchanged at lower rate in the market. The older banknotes have been circulating in the market since ten years, they have lost its value in the minds of people, he said.

The people have no other option than accepting the worn-out banknotes, Ali Ahmad added.

Ghulam Mohammad Suhrabi, the head of money changers union, also asked the government to collect the outdated banknotes and inject the new ones to the market.

Naeemulhaq Haqqani, the head of Information and Culture Department said, people faced challenges in dealing with the worn-out banknotes, but the government has solved this issue.

Haqqani urged the people to keep purses in their pockets to save the new money from being damaged.

This comes that public termed the print of new banknotes a positive step and demanded the new bank notes to be made accessible for the people.