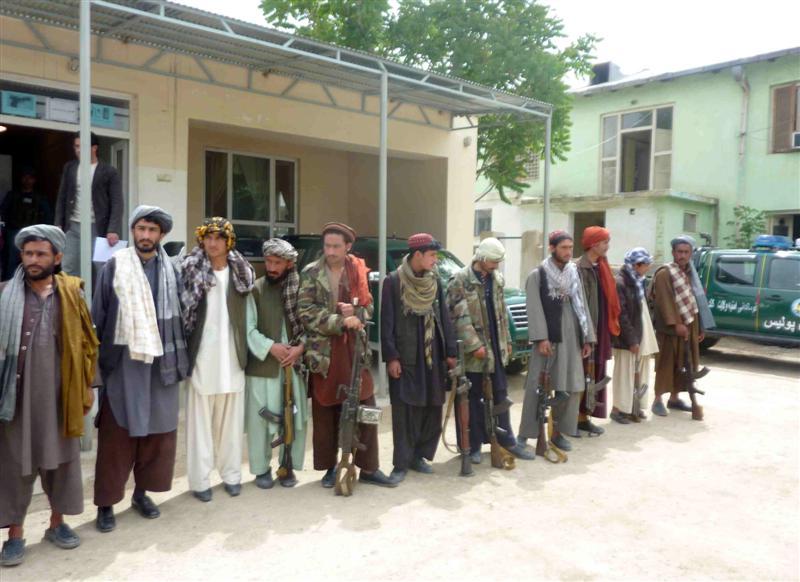 The militants from Aqsu and Tarpali villages of Sayad district, led by Amruddin and Abdul Sattar, joined the reconciliation programme and surrendered 19 different types of weapons and a Walkie-talkie.

Provincial police chief, Brig. Gen. Asadullah Sherzad, told Pajhwok Afghan News the group had been involved in the insurgency for a year.

Abdul Hadi, one of the fighters, said: “We are not willing to work with Taliban anymore and want to support the government.” He asked the authorities to provide them employment and implement reconstruction projects in their areas.

Commander Omer said he had been supporting the Taliban in Dasht-i-Archi for a year. During a recent counterinsurgency operation in the town, he escaped to Pakistan and saw the luxurious lifestyles of the rebel leaders in the neighbouring country.