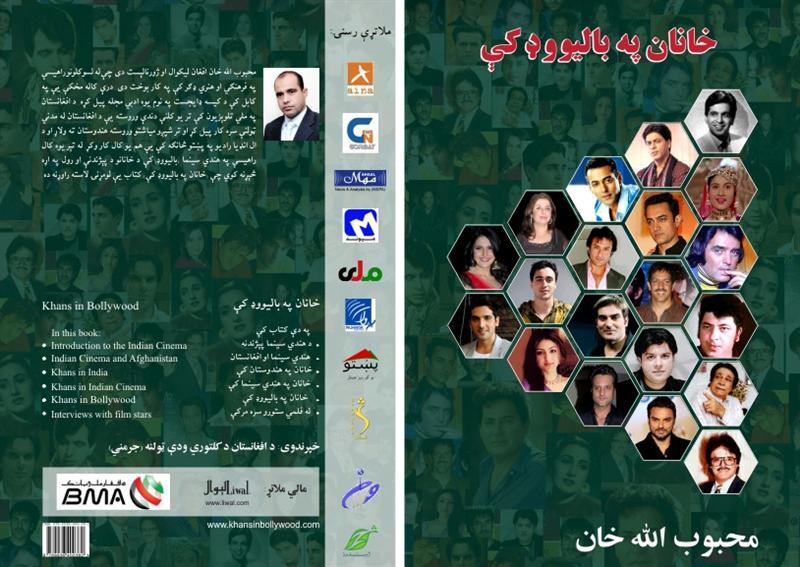 KABUL language, has hit the bookstalls in Kabul.

The writer Mahboobullah Khan said he published the 244-pages book with support from the Afghanistan in Germany in November, 2011.

Divided into five chapters, its first chapter provides information about the history of Indian cinema, the second part discusses the cinema’s current situation and the third chapter revolves around the life of Khans in India, while the fourth chapter throws light on their role in Indian film industry and the fifth and final chapter is specifically about the origin of the Khans in Bollywood.

“When I was child, I would like watching and counting stars in the skies. And when I grow up, I became fond of cinema, TV dramas and Radio programmes that made me thought heroes working in these shows are stars on the earth.”

Khan told Pajhwok Afghan News his passion forced him to travel to New Delhi where he joined the Pashto Service of All India Radio. He worked at the radio for three years producing programmes on cultural issues. One of his programmes was “Zalanda Stori” (shining stars), in which he would introduce Indian cinema and film stars to audiences.

“Most of the film stars are Khans who used to write in their biographies that they are originally from Afghanistan,” he said.

“That revelations by Khans led me to start a search on them to answer many questions people want to know,” he said.

He said his research revealed that Khan starts had Pakhtun roots and they proud be to from Afghanistan.

The writer said the Afghan Millie Bank, Liwal Company, Alokozai Group, governors of Khost and Maidan Wardak provinces, head of Pushtany Bank, Gul Maqsud Sabit, and some other people helped him during the one year research and printing the book.

Associate Professor Ghulam Nabi Farahi, deputy information and cultural minister, called the book as important, saying it threw light on the short history of Pakhtuns in the Bollywood.

“The author has unveiled family roots of Khans and has proved these Khans are originally Pakhtuns,” he commented.

Zarin Anzor, Radio Television of Afghanistan (RTA) director, said the book exposed the talent of Afghans that how they reached the top level of arts in the fast Indian society.

He suggested the book should be translated into both English and Hindi languages so Indians and other nations could know that the most popular superstars in the Bollywood had Afghan origin.

Khaliq Rashid, a culture attaché in the Afghanistan embassy in India, also said most of the superstars in the Bollywood were Afghans and they were proud of that.

“The book informs us about those untold things what we have never heard of,” he said.

Safia Halimi, an author of several books on Indian Pakhtuns, said it was for the first time that such a book has been published in Pashto language. She said: “I have not read the book, but the table of contents not only tells us about the Pakhtun artists, but also let us know the improvements in the Indian cinema.”

Mahbobullah Khan, the book’s author, said he was committed to publish it in Indian, Dari, English and Urdu languages soon.