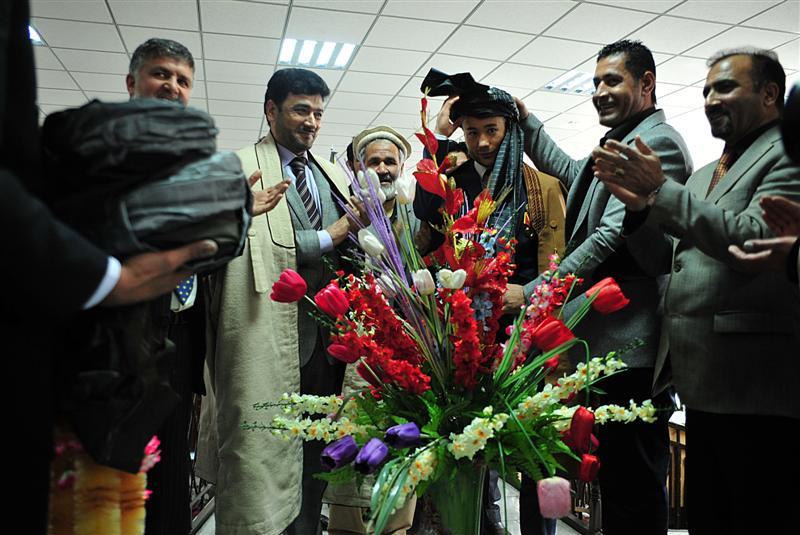 KABUL and notorious for opium trade, but Afghan athletes could counter the propaganda and improve the country’s image abroad with their talent and courage.

Rahimi, who defeated his Belarusian rival Ruslan Rodivich in the Hamburg city of Germany to clinch the World Boxing Union (WBU) tile earlier this month, was last week invited by the Afghanistan Olympic National Committee to visit his home country.

On his arrival from Germany, the Afghan boxer was accorded a warm reception at the Kabul international airport.

Rahimi, who has been living in Germany over the past 19 years, said he planned to organise an international boxing event in the Ghazi stadium in Kabul.

The 28 years old said people of his country wanted him to stay here forever. He has been associated with boxing since he was 14. In his 21 matches, he had defeated 20 rivals. Rahimi urged Afghan youth to focus on education.