MP among 19 killed in Samangan attack 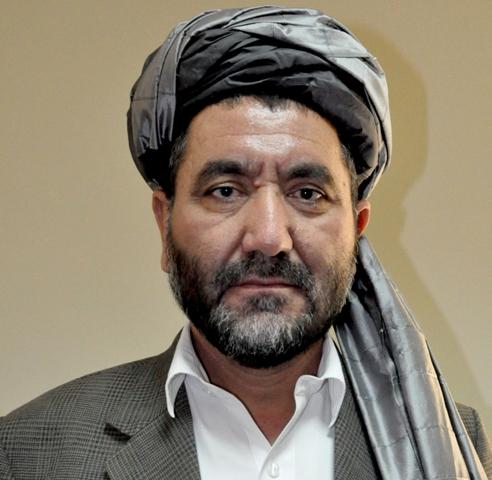 MP among 19 killed in Samangan attack

AIBAK (PAN): A prominent member of parliament and several top officials were among 19 people killed in a suicide bombing in Aibak, the capital of northern Samangan province, on Saturday morning.

MP Ahmad Khan Samangani, western zone police commander Syed Ahmad Sami and some top-ranking officials were killed in the attack on the lawmaker daughter’s marriage party at 7.30 am, when guests were entering the wedding hall in Aibak.

Ex-governor of Sar-i-Pul Syed Iqbal Munib, Wolesi Jirga member Ishaq Rahguzar are among the injured, according to the police chief, who denied reports about Munib’s death. Eight policemen and six intelligence agents were also wounded.

The bride and groom escaped unhurt in the attack. A security official said the bomber struck at the entrance to the Qasr-i-Almas wedding hall, embracing the legislator, also a former jihadi commander. At least 60 people were wounded.

Another security official, who did not want to be named, revealed the provincial intelligence chief, former Samangan governor Iqbal Munib, Senator Mohamad Asif, and a Balkh MP were among the dead.

Younisi was killed in the incident, a Balkh-based relative of the politician verified.

Governor Khairullah Anush, meanwhile, acknowledged the presence of several top officials and politicians at the wedding. Without identifying the fatalities, he put the casualties at 20 dead and 40 injured.

Ministry of Interior spokesman Siddiq Siddiqui confirmed Samangani was killed along with Khan Mohamad, the National Directorate of Security (NDS) head for the province. He said that dozens, including western zone police chief Said Ahmad Sami, were injured.

Taliban fighters distanced themselves from the suicide bombing, with their spokesman Zabihullah Mujahid saying: “Samangani had personal enmity. It’s not yet clear whether it was a suicide attack or a blast.”

Some two years ago, Samangani, an ethnic Uzbek, escaped unhurt in an attempt on his life, but his bodyguards died in the incident. He shot into prominence during the jihad against the occupying Soviet forces.