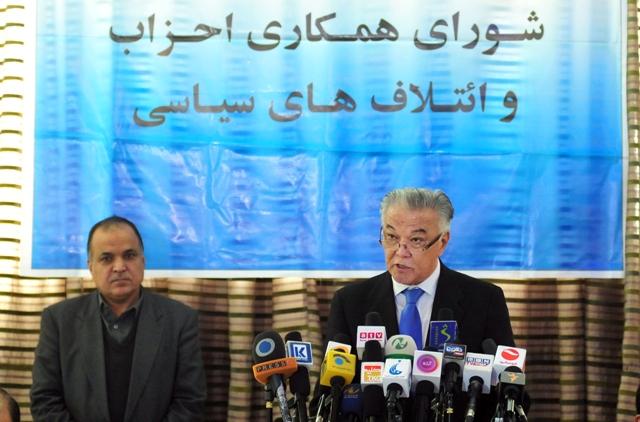 KABUL (CCPPCA) on Saturday lent its weight to an early signature on the bilateral security agreement (BSA) with the US, saying the accord was crucial to peace and stability in the country.

The grand political alliance, warning a further delay in inking the pact could yield unpleasant results, however, urged senior officials from both the US and Afghanistan to continue deliberating on the deal until differences were resolved. It called for considering legitimate demands of Afghans before signing the BSA.

The political parties asked the international community and the US to accelerate their efforts at dealing with terrorism and its perpetrators and continue supporting Afghanistan in political, economic and security areas beyond 2014.

The council alleged foreign intervention was among one of the factors delaying inking the vital security pact.

Tahir Zohair, member of the council, warned any further delay in signing the BSA would leave negative impact on Afghanistan’s security, economy and political affairs.

“Delaying the BSA will further deteriorate security across the country. It will also negatively impact the crucial elections,” he added.

The consultative Loya Jirga, after adopting the BSA, has asked President Hamid Karzai to sign it within six weeks.

US special envoy for Afghanistan and Pakistan James Dobbins on Thursday acknowledged he failed to achieve any breakthrough in his talks with President Hamid Karzai over his refusal to sign the deal.

Abdul Ghaffar Muzaffari, another member of the council, said: “If the president doesn’t sign the BSA then it will be against country’s interests.”

Fazl Ahmad Orya, another member of the council, termed the BSA as a source of peace and stability for Afghanistan and the region.