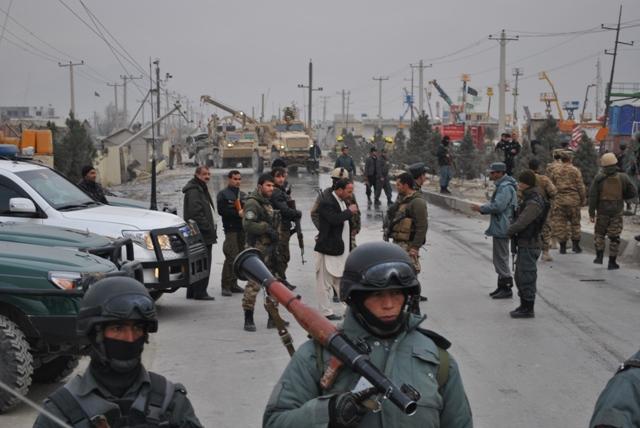 The bomber struck near the Customs Department at 1.00pm when an International Security Assistance Force (ISAF) convoy was plying the Kabul-Jalalabad road.

Kabul Police spokesman Hashmatullah Stanikzai told Pajhwok Afghan News that nine civilians had been injured the incident in the 9th police district. They were evacuated to hospital.

But Stanikzai had no information about ISAF casualties in the attack. The area was cordoned off by police after the powerful explosion.

As usual, Taliban claimed responsibility, with the group’s spokesman saying that a dozen US soldiers had been killed and several others wounded in the bombing.

In a statement, Zabihullah identified the attacker as Habibur Rahman Kunduzi, a member of the insurgent movement.