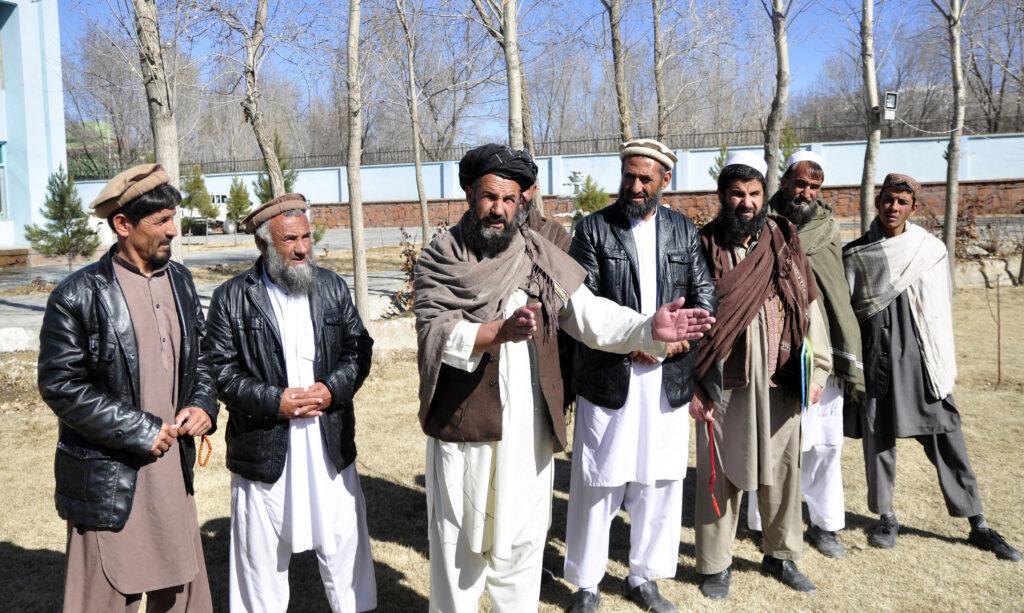 MAIDAN SHAHAR (Pajhwok): Two months after the shelling of a mosque in Syedabad attack by Afghan troops, affected residents remain in a state of shock and demand harsh punishments for the killers of civilians.

On Dec. 4, nine people — most of them children — were killed when a mortar shell fired by Afghan National Army (ANA) soldiers hit a mosque in the Otarayo of central Maidan Wardak province.

The victims were aged between 9 and 22 years. Haji Mohammad Gul, who lost a son and three grandsons to the shelling, called the children “newly sprouted roses” that withered on the fateful day.

Sobs choked his voice as Gul spoke of the innocent children killed in the ANA shelling. He slammed the incident as a barbarian act, a horrible dream that would always remain etched on his memory.

“I was 30 metres from the mosque whose wall was hit by the shell. I could not forget that wrenching moment when my son, grandchildren and other villagers were killed before my eyes,” he comments.

The man wept for a while before overcoming his emotions while recalling the heart-rending incident. “Some of the victims cried, as others breathed their last. They were lying in a pool of blood; their heads broken by the shrapnel.”

The Afghan forces have already committed several cruel acts against the ordinary people in different areas, alienating the nation from the government, Gul alleges.

Mohammad Rafiq, another resident of the village who lost three grandsons and a nephew, claims: “There was neither a single fighter nor any clash in the area when the army-fired shell landed in the mosque, killing the innocent young people and children.”

Despite the passage of two months, he adds, the village remains in a state of mourningThe victims’ relatives, including women and children, continue to suffer from mental disorders.

Some of them have been taken to hospitals for treatment in Pakistan’s northwestern city of Peshawar. But they are still in miserable condition, crying uncontrollably and falling unconscious due to shock.

“Even today, there is mourning in our houses. Our hearts are bleeding. While praying in the mosque, we are reminded of the tragedy, And this show the depth of our agony,” he remarks.

Several protests have been staged in Kabul, Maidan Wardak and other parts of the country, with the participants seeking deterrent punishment for the perpetrators.

The government has arrested three ANA manning the checkpoint in Otarayo village. They have been dragged to court and the ANA battalion replaced.

President Ashraf Ghani has promised bringing the killers to justice and establishing a seminary in remembrance of the victims.

Some officials, however, tried to put their own spin on the misfortune by calling it a bomb explosion. But signs of the mortar shelling could be seen in the area even today, he says.

“We are acutely panned, suffering mental problems. Obviously, we will not rest till the killers are openly tried,” he adds.

Gul continues the president and the governor have promised them the murderers would be tried and a religious seminary or a hospital would be constructed in the village.

Haji Rafiq says: “Look, my brother! I don’t want anything other than punishment for the killers. They should be made an example for others.” Judicial organs have assured them of fairly investigating the case.

Governor Hayat also insists on justice, saying a delegation has probed the case. The findings show two mortar shells were fired from the ANA checkpoint. One hit the mosque wall and the other landed in a forest.

“The suspects, including the checkpoint commander, were arrested and handed over to judicial department,” he says, pledging the case against the soldiers would be tried by a military court of the 203rd Thunder Military Corps in Paktia.

“It is obvious the troops had got reports regarding enemy movements, but it was necessary to determine exact location and ensure the informant’s credibility,” he suggests.

The governor confirms receiving complaints from victim families regarding attempts to give a misleading angle to the incident. On Thursday, he was assured by the president the suspects would be convicted.

Similarly, he claims, the Attorney General Office has also pledged to thoroughly investigate the case in a transparent manner. All demands of justice would be met.

Ministry of Defence spokesman Daulat Waziri said the case was under investigation in a military court. But he did not provided details regarding the investigation.

Under the Afghanistan penal code, the prosecution department has to complete its investigation in 75 days if the suspect is in custody.